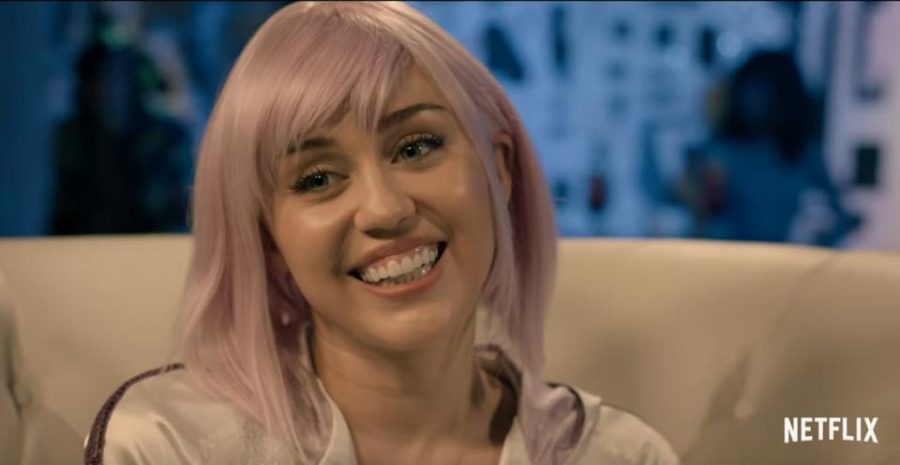 “Black Mirror,” the Netflix anthology series that some critics have likened to a modern-day “Twilight Zone,” shot up to No. 1 from No. 4 on Parrot Analytics’ digital originals chart the week ended June 15.

The series, which often revolves around the unanticipated consequences of new technologies, generated more than 66.4 million average daily Demand Expressions during the week, Parrot says, a nearly 60% spike from the prior week.

The gain came after the June 5 debut of Season 5.

“Black Mirror” ended a three-week run at No. 1 for “Stranger Things,” which slipped to No. 2 with 62.9 million average daily Demand Expressions, a nearly 12% increase from the prior week. The series will likely reclaim the top spot in the coming weeks, as Season 3 is set to debut on July 4.

“Black Mirror,” which premiered in December 2011, and ran for two seasons, on British television, was acquired by Netflix in September 2015. Two six-episode seasons debuted in October 2016 and December 2017, respectively. A standalone interactive film, Black Mirror: Bandersnatch, was released last December.

Demand for third-ranked “When They See Us,” the controversial miniseries about the Central Park Five that was created, co-written, and directed by Ava DuVernay for Netflix, remained relatively flat, with 51.4 million average daily Demand Expressions compared to 52.5 million the prior week.

“Lucifer,” based on a character from the DC Comics comic-book series “The Sandman,” slipped to No. 4 from No. 3 the prior week, with a 10% drop in demand.

Rounding out the top five on the digital originals chart was Hulu’s “The Handmaid’s Tale,” the same ranking as in the previous week. 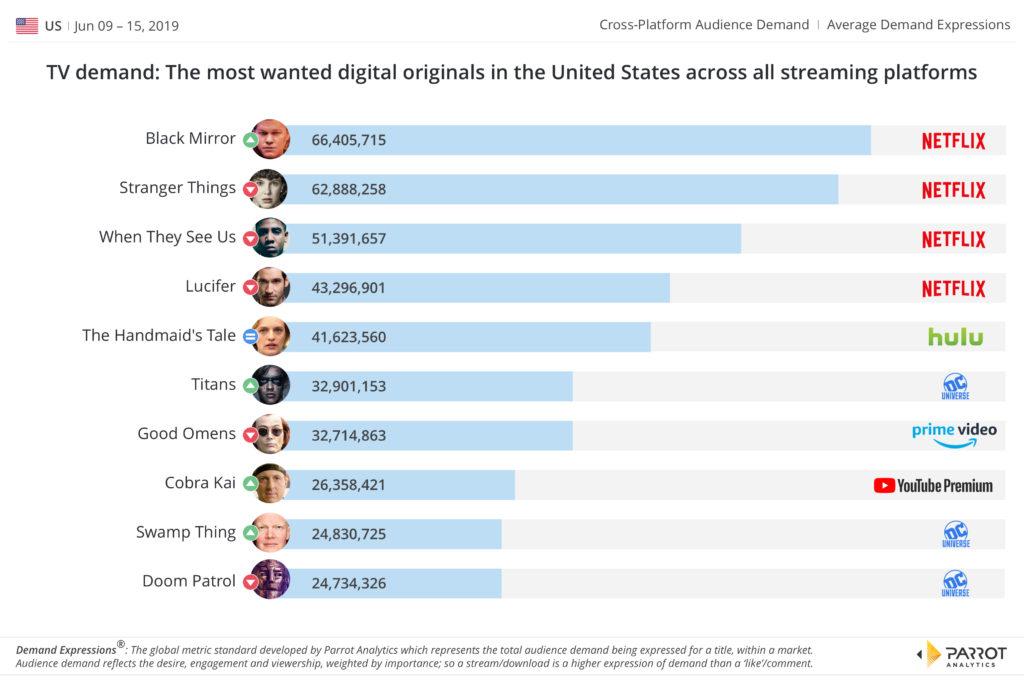