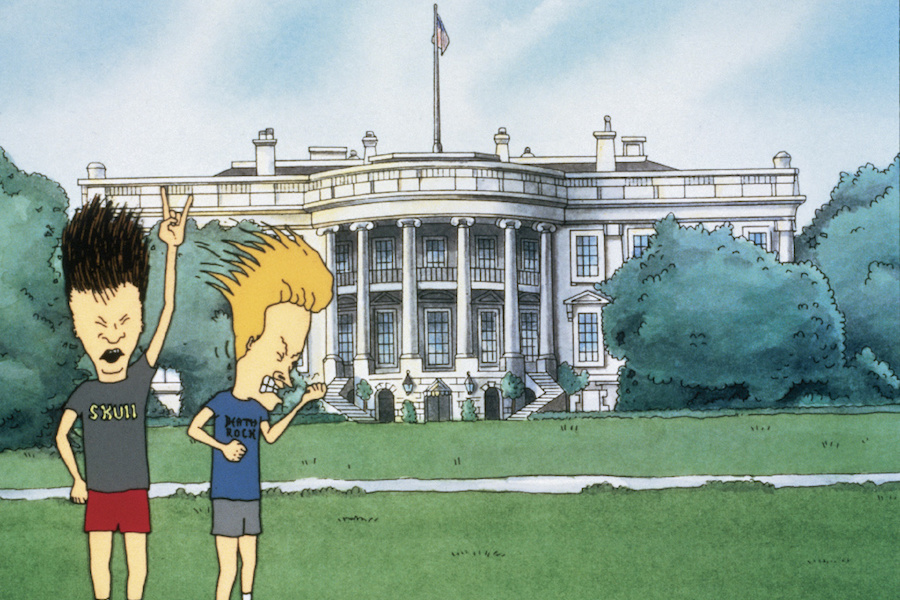 Beavis and Butt-head Do America

For its 25th anniversary, Beavis and Butt-head Do America arrives on Blu-ray for the first time ever Dec. 7 from Paramount Home Entertainment. 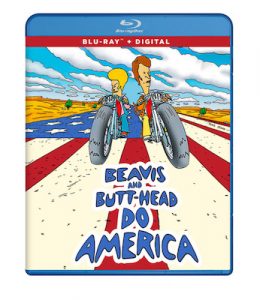 Based on the animated series, the film follows the brainless pair as they set off on a nacho-fueled road trip to find their stolen TV and score with some hot chicks. Along the way, the metal-head morons become entangled with one nefarious character after another, eventually ending up stranded in the desert and hallucinating in a mind-altering sequence based on and including artwork by musician and artist Rob Zombie.

Creator Mike Judge unleashed Beavis and Butt-Head on the big screen on Dec. 20, 1996.  The film earned more than $60 million.

The Blu-ray includes access to a digital copy of the film, as well as the following legacy bonus content: commentary by Mike Judge and Yvette Kaplan; “The Big Picture,” a retrospective making-of segment that features the journey to the big screen including story, voice casting and more, including a look at the hallucination scene — drastically different from the animation in the rest of the film — and an extended version of the scene; “We’re Gonna Score!  Scoring Beavis and Butt-Head Do America,” in which composer John Frizzell and Mike Judge detail the use of music in the film; “The Smackdown,” a montage of all the characters in the movie getting slapped or fighting; MTV News “Celebrity Shorts” with Jennifer Tilly, Snoop Dogg and more; trailers; and TV Spots.