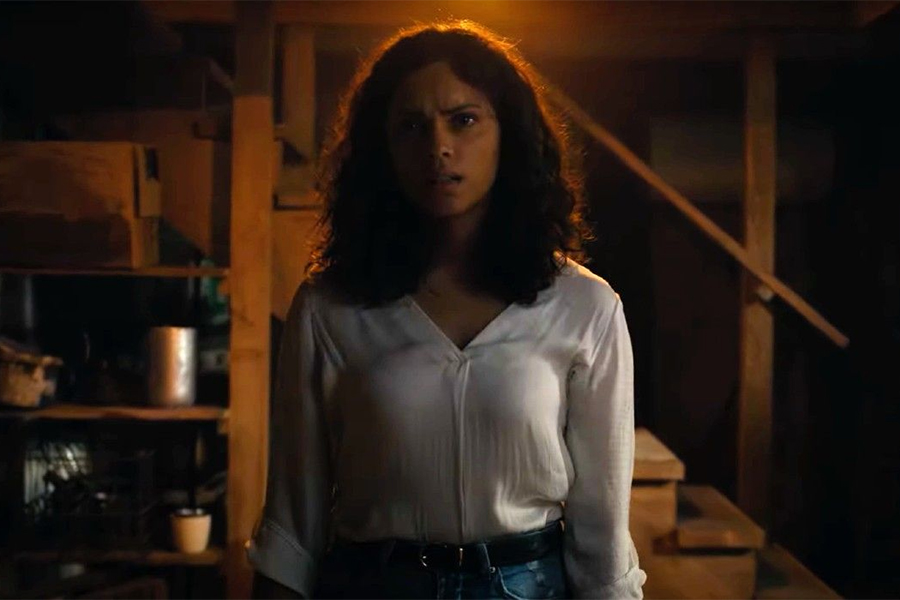 From writer-director Zach Cregger and noted horror producer Roy Lee (The Ring, The Grudge, It), Barbarian is available for digital rental and sale. It follows a young woman who, upon arriving in Detroit for a job interview, books a rental home, discovers that the house is double booked and finds a strange man is already staying there. Against her better judgement, she decides to spend the evening, but soon discovers that there’s a lot more to fear than just an unexpected house guest.

The Sony Pictures actioner Bullet Train, available for digital purchase and rental, fell from the top spot to No. 2. It stars Brad Pitt as Ladybug, an unlucky assassin determined to do his job peacefully after one too many gigs gone off the rails. His latest mission puts him on a collision course with lethal adversaries from around the globe on the world’s fastest train.

As Halloween loomed, director Jordan Peele’s sci-fi horror thriller Nope returned to the chart at No. 4. Available for digital purchase and newly available for digital rental, the Universal film follows two siblings who own a horse farm for Hollywood productions and make a chilling discovery.

The only other newcomer to the chart was Paramount’s historical epic Medieval, starring Ben Foster and Michael Caine. Available for digital purchase, it debuted at No. 8.