Back to the Future

Universal Pictures Home Entertainment will release Back to the Future: The Ultimate Trilogy, containing all three movies in the series, Oct. 20 on 4K Ultra HD to celebrate the 35th anniversary of the release of the first film.

The release comes in time for “Back to the Future Day” Oct. 21.

The collection, featuring discbook packing, comes with a bonus disc with more than an hour of new content, such as rare audition footage from actors Ben Stiller, Kyra Sedgwick, Jon Cryer, Billy Zane, Peter DeLuise and C. Thomas Howell; a tour of the film’s props and memorabilia hosted by Gale; a sneak peek at the new musical show; and a special episode of the YouTube series “Could You Survive The Movies?” 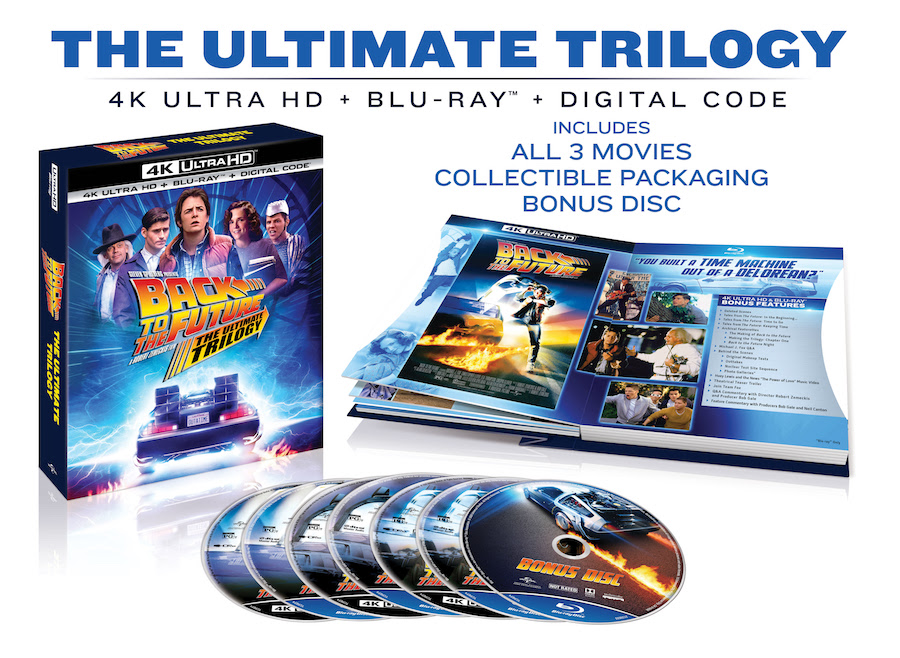