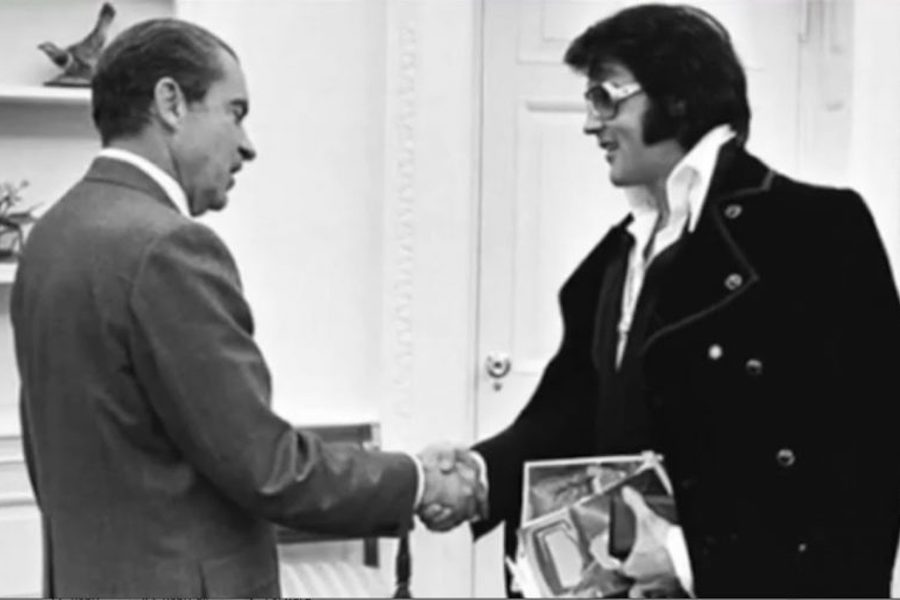 President Richard Nixon meets with Elvis Presley at the White House on Dec. 21, 1970.