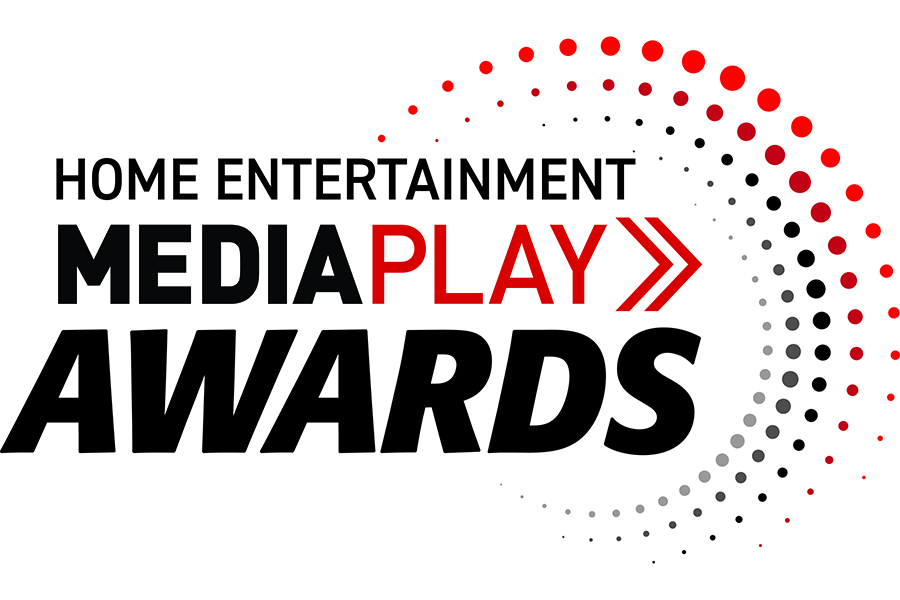 Please find the entry form below. Descriptions of categories are offered at the bottom of this page.

You may select more than one category for a title on each form. For a new title, please submit the form and fill out a new entry. You may submit multiple titles through one entry form by selecting the Multiple Submission option and either uploading a document to the page or emailing a document listing submissions to jlatchem@mediaplaynews.com.

The Home Entertainment Media  Play Awards presented by Media Play News honor the best movies, series and other content aimed at home audiences release during the previous year, as judged by a blue-ribbon panel of industry experts as well as consumers.

The announcement of winners is slated for our April issue. Winners receive an award trophy and are prominently featured in Media Play News, both in print and on our website, and are also publicized through consumer press outreach.

For questions on the submission process or eligibility of titles, contact John Latchem at jlatchem@mediaplaynews.com or 714-485-5047.

Eligible titles for submission will have been released on a streaming service, disc or transactional VOD between Jan. 1 and Dec. 31 of the recently concluded year. For categories in which the submission would be the name of a streaming service, or the binge series category, the service or show must have operated during the eligibility year, regardless of when it originally debut (making them eligible for multiple years).

A panel of judges will choose nominees in each category based on the entire presentation of the work — transfer quality, sound and picture, menu design, ease of use, navigation, packaging and other elements relevant to the title and category.

The entry fee is $200 per title, per category (i.e., one title in two categories = $400). At $10,000 studios will be granted unlimited entries. An additional 2% processing fee will be accessed on all invoices.

For disc submissions, you may be asked for up to 5 copies of the finished product. Please indicate availability of the judging copies on the form. If the same title is submitted to multiple categories, an additional 5 copies may be requested.

The deadline for submitting entry forms is Friday, February 25, 2022.

Finished-product copies of submitted discs should be sent to:

Product submissions will be arranged through follow-up correspondence and do not strictly need to be in hand by the paperwork deadline.

Do not send judging copies via messenger. A standard method of shipping through Fed Ex, UPS, USPS, etc., will be sufficient.

You may also submit multiple titles using one form by selecting the multiple option and emailing or uploading a document as instructed.

Please read this form carefully. Not all fields are required to be filled out.

Titles will be judged by a blue-ribbon panel and nominees will be offered for a consumer vote in March and April. A selection of winners will be picked by the judges directly.

A Title of the Year, a TV Release of the year, Blu-ray of the Year and possibly other over-arching awards as appropriate will be picked by the judges from among all entries. These are not separate categories for submission.

If there is not sufficient interest in sponsorships for an awards event, results will be printed in Media Play News, which will constitute the official announcement of the winners. Trophies will be shipped to the winners provided all entry fees have been paid.

If you cannot see the full entry form below, or have additional questions, please contact John Latchem at jlatchem@mediaplaynews.com or 714-485-5047

This form is no longer accepting submissions. Sign up for our awards list and be notified of future winners and the submission period for next year.

Best New Movie: A movie that played in theaters within the past two years and released for the first time on disc in the eligibility year, or a direct-to-video movie.

Best Marketing Initiative: This category is for programs to market and create awareness of films or TV shows, or for creative tie-ins.

Best Restoration: This category concerns the improvement of picture and sound quality of a film from an earlier version, or repair work done to a film.

Best International Release: This category is reserved for movies and TV shows that are not American productions, or content primarily not presented in English.

Best Extended Edition/Alternate Cut: A presentation of a new version of older content, such as a re-edited or director’s cut not previously seen.

Best Catalog Movie: An older movie released on home video for the first time or being re-released in a new edition (DVD and Blu-ray versions available). This category is generally not for TV titles or collections of more than one film. If you have a Blu-ray only release of a catalog title, please submit it to the Upgrade category.

Best Recent Season: A season set of a TV or streaming series with episodes that are from the season concurrent with the contest year, with those episodes making their disc debut in this set. This category is for single-season sets or equivalent volumes (single-disc or complete series of shows that ran only one season or possibly two seasons, and not repackaged from earlier separate season sets). This is a category for shows that are currently on the air or recently ended their run.

Best Vintage Series: A season set of a TV or streaming series with episodes that aired before the eligibility year. This category is for single-season sets or equivalent volumes (single-disc or complete series of shows that ran only one season or possibly two seasons, and not repackaged from earlier separate season sets). Please note, if you are submitting a DVD/BD set for a show that is currently on the air, but the episodes are from several seasons ago, it likely belongs in this category.

Best Boxed Set: This category is for collections of films, either a collector’s edition of a single film, a franchise set, or an anthology of films, or a boxed set of multiple television seasons, or a complete-TV series set. Or a combination of TV episodes and movies.

Best Extras/Bonus Material: This category focuses on the bells and whistles of a home video release, and not the movie or TV show at the center of it.

Best Packaging: This category is for products that display some sort of innovative box design. This is not a category for regular DVD/BD cases that contain nice box art, but for DVD/Blu-ray cases that are unique to the product being sold. Steelbook cases are now considered common enough forms of packaging that such cases will not be considered unique enough to qualify for this category (though Steelbook box art is encouraged to be submitted for Best Box Art). Packaging may also include collectibles within the box.

Best Audio/Visual Quality: How a movie looks and sounds on its disc presentation.

Best Indie Studio Disc Release: This category is intended for independent distributors whose films are not as widely known as major studio fare.

Best Disc Upgrade: A re-release intended to replace an earlier release, such as a special edition with new content, a Blu-ray version of a previously released DVD, or a boxed set of films that had been released one at a time. The idea is that the Blu-ray or DVD special edition is an upgrade from the earlier disc, usually through a restoration process or new extras. Thus, it is a good incentive for those who already own that disc to upgrade to this new one.

Best Retailer Exclusive: This category is for discs created specifically for a retailer promotion, such as packaging variants sold at one retailer in additional to the wide-release options.

Best DVD-only Release: A title released on disc just on the DVD format, not Blu-ray.

Best New Movie: A movie released on a streaming service within the eligibility year.

Best Scripted Series:  A new season of an ongoing show or a limited series released in the eligibility year on a streaming service.

Best Nonfiction Movie or Series: A new documentary movie, or a limited documentary or reality TV series or season released in the eligibility year on a streaming service.

Best Binge Series: A current series with new season or a classic series available on a streaming service, suitable for viewing multiple episodes at once.

Best Digital Sellthrough Release: A title released for electronic sellthrough (ie download). To be eligible for these categories, titles must have been released only via digital delivery during the eligibility period. This is for final consumer versions of the content, not screeners.

Genre categories will include titles from streaming, disc and digital.

Best Animated: A home release of an animated movie, TV program or special, regardless of intended audience.

Best Kidvid Release: This category is for releases aimed at younger viewers, be it an animated movie, cartoon or sitcom for kids, or an educational video.

Best Comedy Release: This category is for films or TV shows in the comedy genre. Stand-up comedy specials and variety shows with comedic content are eligible.

Best Drama Release: This category is for films or television shows presenting a dramatic storyline that might not otherwise fit a genre category.

Best Sci-Fi/Fantasy Release: This category is for films or TV shows in the science-fiction or fantasy genres.

Best Action/Adventure Release: This category is for films or TV shows in the action and/or adventure genres.

Best Horror/Thriller Release: This category is for films and TV shows of scary, psychological or darker content.

Best Faith-Based Content Release: This category is for faith-based or religious themed content, fictional or nonfictional in nature (aka dramatic narratives or documentaries).

Best Home Release of a Western: This category is for films and TV shows of Westerns.

Best Home Release of a Musical: This category is for films and TV shows of musicals — typically filmed narratives containing key scenes that substitute dialogue for song.

Best Music/Performance Home Release: This category is for live performances, stand-up comedy, variety shows or stage plays, or similar content, such as concert films or collections of music videos.

Best Fitness Release: This category is for content in the workout/fitness genre.

Best Documentary: Content that is not fictional in nature.

Best Reality TV Series: This category is for nonfiction TV series that is more sensationalistic than informative in nature.

Title of the Year Categories:

These categories will be chosen by judges from among all eligible submissions.

Title of the Year: This award will be chosen from among all submissions.

Best TV Release of the Year: This award will be chosen from among all submissions that are TV content, whether they are submitted into the specific TV categories or in a general category.