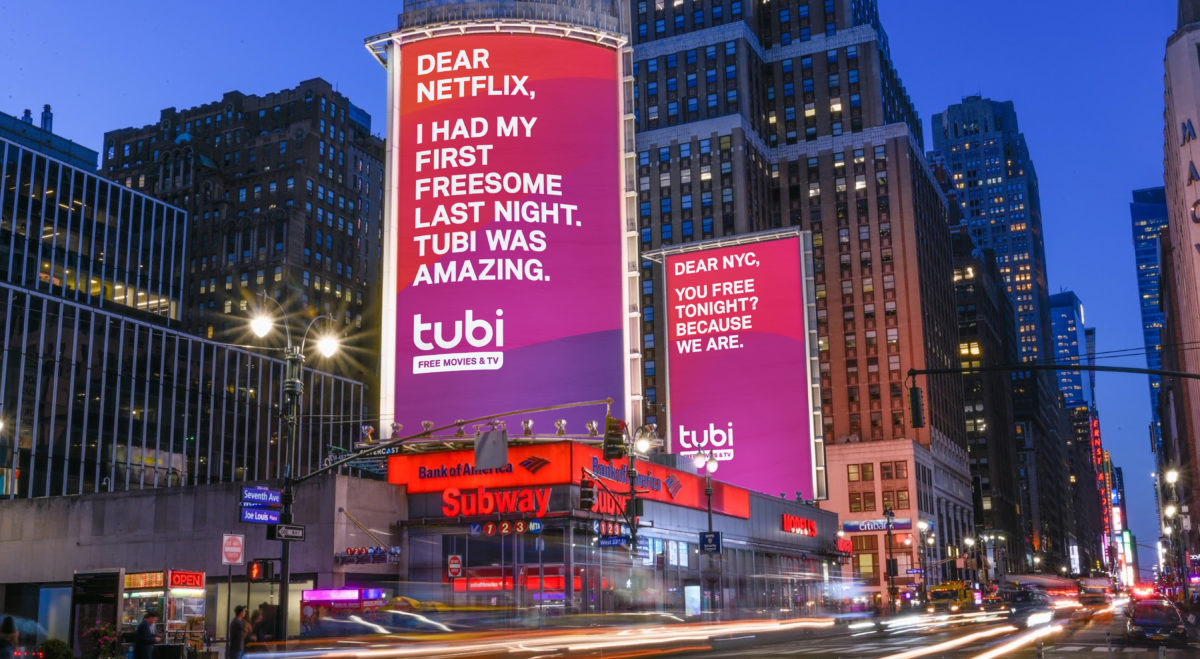 Tubi, the San Francisco-based ad-supported streaming video service, has rolled out what it says is its largest-ever outdoor branding campaign.

Beginning Aug. 5, billboards and high-res images, including, “Dear Netflix, I had my first freesome last night. Tubi was amazing,” and “Dear Hulu, I was with Tubi last night, but I only watched,” will be on display along high-traffic locations in New York, Los Angeles, Chicago and Detroit.

The creatives are a tongue-in-cheek campaign that takes into account the price hikes of current and growing number of soon-to-be-launched streaming services (i.e. Disney+, Apple TV+, HBO Max, etc.) in the coming year.

Other banners include, “Dear Netflix, I didn’t think you’d find out. I streamed Tubi last night”; “Dear Hulu, you’re cool and all, but I couldn’t take my eyes off Tubi last night”; and “Dear NYC. You free tonight? Because we are.”

Tubi features more than 15,000 library movies and television series from more than 200 content partners, including Warner Bros., NBC Universal, MGM and Lionsgate, among others.

The service in June announced that its monthly users topped 20 million in May with more than 94 million hours of content consumed.

As part of the campaign, San Francisco-based Tubi said it would take to the skies — which it apparently did in a midday flyover of Netflix’s Sunset Boulevard office in West Hollywood.