While AVOD use within the United States remains small compared to SVOD (from 3% to 6% of domestic online households), London-based Ampere believes this to be merely the quiet before the storm. 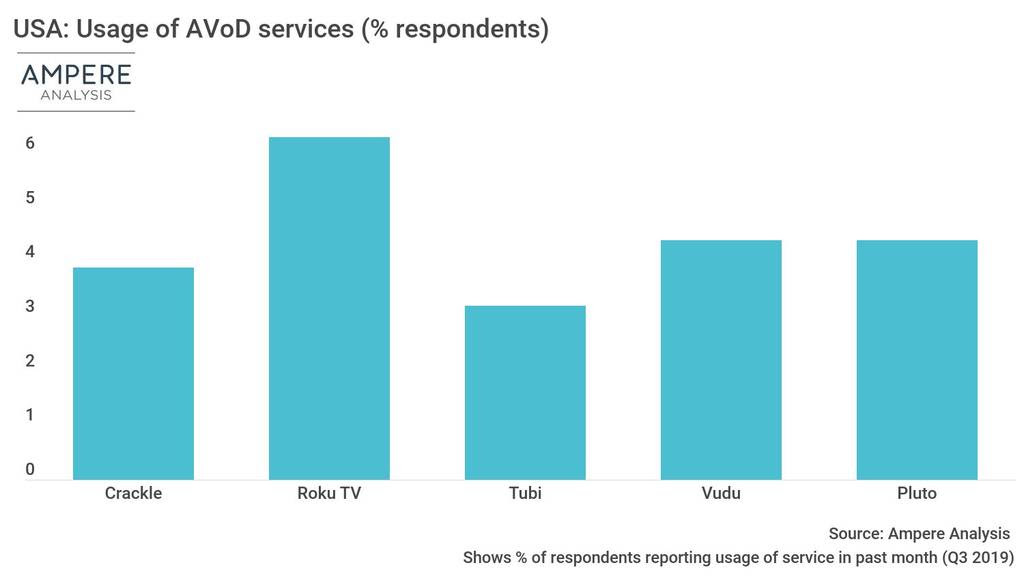 The proportion of Netflix’s catalog more than five years old fell from 50% in Sept. 2015 to 35% in Sept. 2019 — a trend that will continue across the sector. In the meantime, the long tail of older content has been embraced by the new AVOD services, who average nearly 80% of their catalog at five years old by title count, and in the case of Crackle, 70% of content is over 10 years old.

This demand for older content not only provides a new market for licensing deep archive, but also offers a boon for distributors and sales agents, according to Ampere.

“AVOD is coming, and it’s going to make its mark on the VOD landscape rapidly,” Guy Bisson, director at Ampere, said in a statement. “Its impact will be felt not just by the entertainment industry, but by advertising too as the shift that has already disrupted the subscription television market sweeps across the free-to-air sector.”

As advertisers rush to support AVOD, online video advertising will inevitably increase as the platforms spread globally in 2020. To date this form of advertising has remained relatively small — even in developed markets like the U.S. where 27.2% of online ad spend is on video, and in Canada where it’s just 5.85%.

Ampere expects the rush to AVOD to be supercharged by some of the studio direct models such as Disney’s Hulu and Peacock, which are expected to adopt a hybrid SVOD/AVOD model.

“AVOD services are treading a well-trodden path with an early reliance on older content, but as their market position grows, we can expect them to begin acquiring newer content and even moving into original production activity as they battle for eyeballs in an increasingly crowded market,” Bisson said.