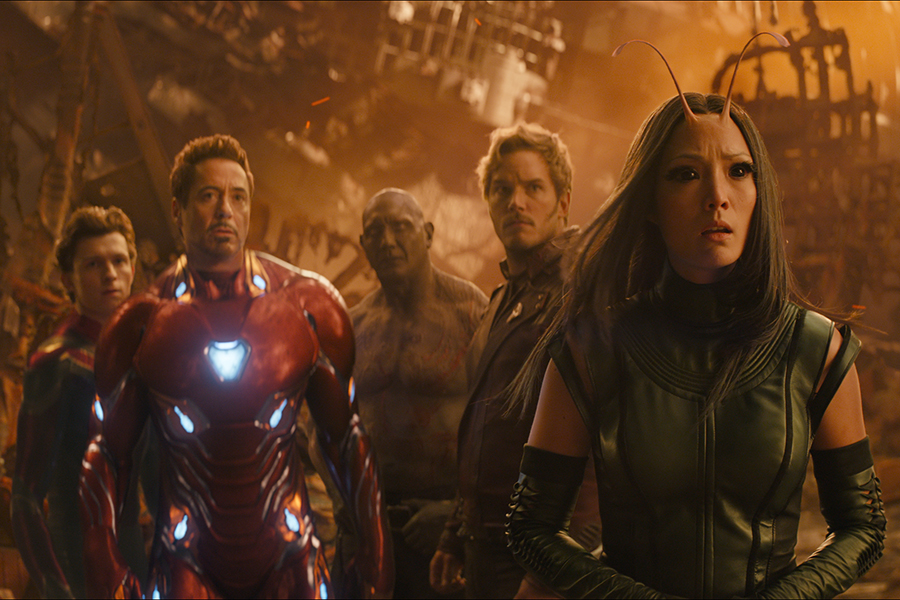 Walt Disney Studios Home Entertainment’s Avengers: Infinity War conquered the home video charts the week ended Aug. 18 with a debut that more than doubled the sales of the rest of the top 50 combined.

Infinity War, which earned more than $678 million at the domestic box office, breaks up a string of four consecutive weeks of Warner Bros. movies taking the top spot on the charts.

No. 2 on both charts went to Warner’s Ready Player One, which sold 3% as many copies in its fourth week as the “Avengers” sequel did in its first. Ready Player One had spent two weeks in the top spot before slipping to No. 2 a week ago.

Holding onto the No. 3 spot overall was Warner’s Life of the Party, which slid to No. 7 on the Blu-ray chart.

The previous week’s top seller, Warner’s direct-to-video animated movie   The Death of Superman, dropped to No. 4 overall and No. 3 on the Blu-ray chart.

Disney’s Black Panther, the Marvel Cinematic Universe film that immediately precedes Infinity War, rose back to No. 5 overall and No. 4 on the Blu-ray chart.

On the Media Play News rental chart for the week ended Aug. 19, Life of the Party held onto the top spot for a second week, with Infinity War entering at No. 2.

Rounding out the top five rentals were Universal’s Breaking In at No. 3, Lionsgate’s Overboard remake at No. 4 and Warner’s Rampage at No. 5.