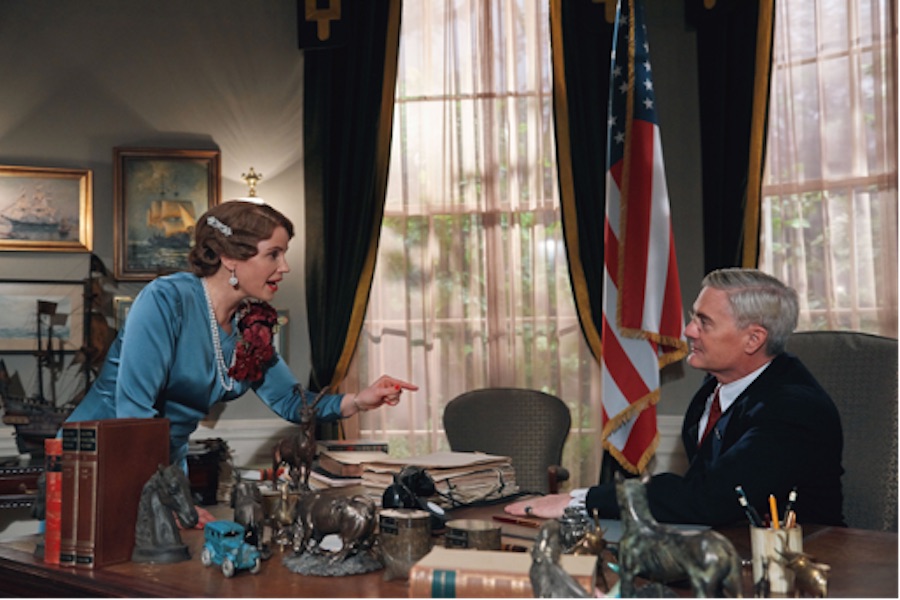 Based on a true story of passion and politics, “Atlantic Crossing” follows a friendship forged in war portrayed by Kyle MacLachlan (“Twin Peaks”) as U.S. President Franklin Roosevelt, and Swedish star Sofia Helin (“The Bridge”) as Norwegian Crown Princess Martha. Ranging back and forth across the North Atlantic throughout World War II, the series depicts momentous events in the changing fortunes of Norway, Great Britain and the United States, probing deeply into the rarely told story of Norway’s struggle against Nazi invasion and occupation.

The series opens in 1939 with a goodwill visit to the United States by Norway’s Crown Prince Olav (Tobias Santelmann, Kon Tiki) and Crown Princess Martha where they befriend the president and first lady (Harriet Sansom Harris, “Desperate Housewives”). Months later, Norway is fighting for survival as Nazi Germany invades the neutral country with the goal of seizing its strategic ports and securing access to iron ore mines for steel production. During the assault, German troops try to capture the Norwegian royal family to use as bargaining chips, but the King (Søren Pilmark, Downsizing) and Olav manage to escape to England where they set up a government-in-exile. Meanwhile, Martha and the three children make their hazardous way to America where they are taken in at the White House by President Roosevelt.

This sets the stage for an epic drama that mixes war and diplomacy, desire and jealousy. At the outset, America is officially neutral. It would be political suicide if Roosevelt defies the strong isolationist sentiment in the United States, yet Martha urges him to find a way to help Norway in the fight against Germany. Meanwhile across the ocean, Olav grows increasingly suspicious of Martha’s close ties to the president. The relationship also tries the patience of the first lady and Roosevelt’s closest advisors: Harry Hopkins (Daniel Betts, “The Crown”) and the president’s rumored paramour, Missy LeHand (Lucy Russell, “Wolf Hall”).