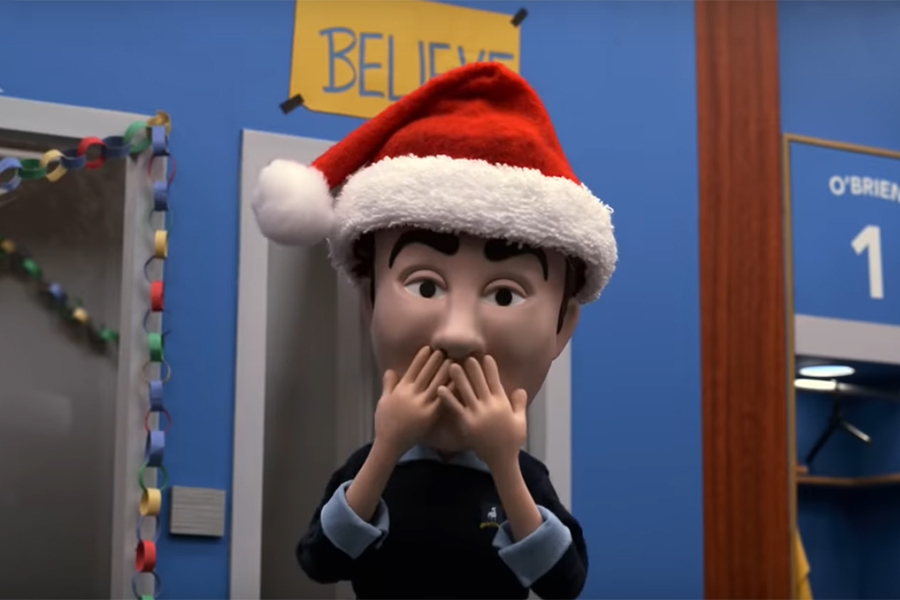 The creators of the Apple TV+ comedy “Ted Lasso” have released a stop-motion animated Christmas special featuring characters from the Emmy-winning series.

“Ted Lasso” features an American football coach (Sudeikis) hired to manage a British soccer club, and covers up his inexperience with the sport with an abundance of optimism and infectious determination. In addition to several Emmy wins, the show was named one of AFI’s top television shows of the year, has earned a Peabody Award for excellence in storytelling, and has been nominated for several Critics Choice awards, including Best Comedy Series.

The four-minute Christmas cartoon, called “The Missing Christmas Mustache,” features the team trying to find a way to restore Ted’s trademark mustache when it mysteriously disappears right before the holidays.