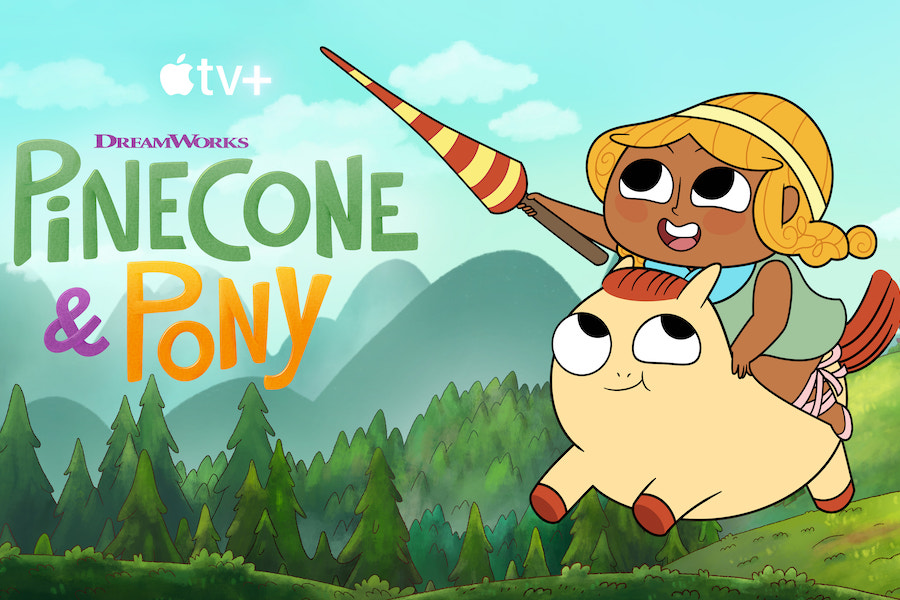 Based on the book The Princess and the Pony by New York Times best-selling author Kate Beaton, the series comes from DreamWorks Animation and First Generation Films.

“Pinecone & Pony” is an eight-episode animated comedy for kids and families about a young girl named Pinecone who, with the help of her best friend Pony, is learning that there’s more than one way to be a warrior. Together, they show their world how to challenge expectations.