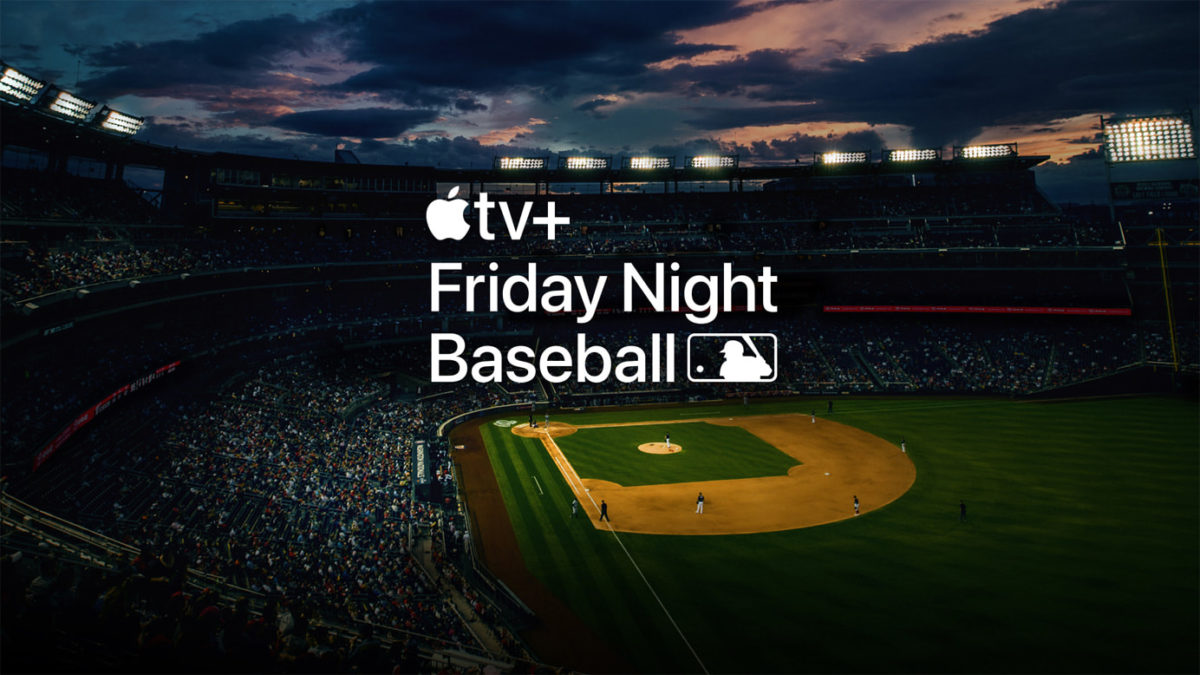 Major League Baseball remains shut down due to a contract dispute between the players and club owners, but that didn’t stop Apple from swinging for the fences for the national pastime.
Apple and MLB March 8 announced the pending debut of “Friday Night Baseball,” a weekly doubleheader with live pre- and post-game shows that will be available to fans in eight countries exclusively on Apple TV+ as soon as the regular season begins. Financial terms of the deal were not disclosed.
In addition to “Friday Night Baseball,” streamers in the U.S. will be able to enjoy “MLB Big Inning,” a live show featuring highlights and look-ins airing every weeknight during the regular season. North American baseball fans will also have access to a new 24/7 livestream with MLB game replays, news and analysis, highlights, classic games and more, as well as a full complement of on-demand programming, including highlights and MLB-themed original content.
Fans will be able to stream marquee games on Friday nights, free from local broadcast restrictions, across devices where Apple TV+ can be found, including on the Apple TV app on iPhone, iPad, Mac, Apple TV 4K and HD, and on tv.apple.com, along with select smart TVs, gaming consoles and cable set-top boxes.
Subscribe HERE to the FREE Media Play News Daily Newsletter!
“Friday Night Baseball” will be available on Apple TV+ — and, for a limited time, without the need for a subscription.
“Baseball has a special place in the heart of so many Apple customers — not just in the United States, but in many countries around the world,” Peter Stern, VP of Apple Services, said in a statement.
Apple TV+, which launched in 2019 days ahead of Disney+, remains an industry anomaly, struggling to make a subscriber impact akin to competitors such as HBO Max. While Apple has never released Apple TV+ subscriber data, the company reportedly had about 700 million subs across its “Services” business segment, which includes Apple Music, Apple TV+, Apple Pay, Apple Arcade and Apple News, among other assets.
“Friday Night Baseball” will be available on Apple TV+ in the United States, Canada, Australia, Brazil, Japan, Mexico, Puerto Rico, South Korea and the United Kingdom, and will expand to additional countries at a later date.
Apple and MLB will also provide enhanced league and team coverage for fans to easily follow the league or their favorite teams in Apple News, with the ability to watch highlights right in the News app.
“Apple is the ideal partner to bring ‘Friday Night Baseball’ to fans around the world,” said Noah Garden, MLB’s chief revenue officer.
Garden said MLB and Apple first partnered in 2008 with the launch of At Bat on day one of the App Store in 2008, to the current integration of Apple technology in ballparks across the country.
“With national availability and international reach, MLB on Apple TV+ offers an exciting new platform to fans that allows a wider audience to connect with the game,” Garden said.