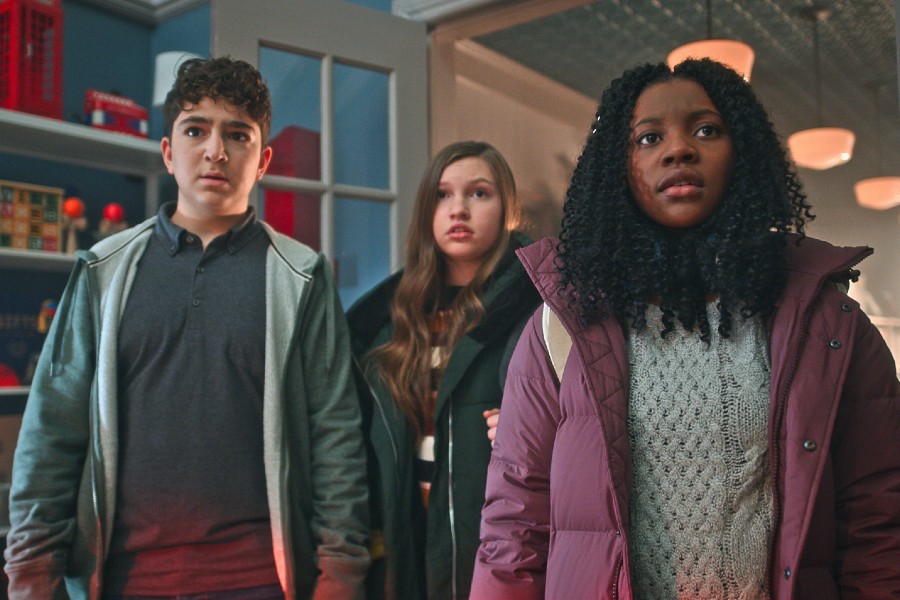 New series coming to the platform this autumn include “Sago Mini Friends” (Sept. 16), an animated series based on characters from the Sago Mini World app; and “Slumberkins” (Nov. 4), a mixed media puppet/2D animation program from the children’s emotional learning brand empowering children to be caring, confident and resilient, and produced by The Jim Henson Company.

“Circuit Breakers” (Nov. 11) is a futuristic anthology series that tackles kid-relatable issues through a sci-fi lens, while “Interrupting Chicken” (Nov. 18) is an animated preschool series, which illuminates for children the joy of reading, writing and storytelling, and features the voice talents of Emmy Award winner Sterling K. Brown (“This Is Us,” Honk for Jesus. Save Your Soul).

Returning series include the Emmy Award-winning “Ghostwriter” (Oct. 21) with an entirely new cast, adventure show “Wolfboy and the Everything Factory,” friendship and farming tale “Get Rolling with Otis” (Sept. 30), and Jack McBrayer’s music-forward “Hello, Jack! The Kindness Show” (Oct. 7).

Additionally, more classic “Peanuts” titles will be made available, many for the first time in decades.

All-ages offerings also include  “Fraggle Rock: Back to the Rock” and “Harriet the Spy” from The Jim Henson Company; the Peabody Award-winning series “Stillwater” and “Helpsters” from Sesame Workshop; Academy Award-nominated animated film Wolfwalkers; new series and specials from Peanuts and WildBrain, including “The Snoopy Show,” as well as “Here We Are: Notes for Living on Planet Earth,” the Daytime Emmy Award-winning television event based on the New York Times best-selling book and Time Best Book of the Year by Oliver Jeffers.