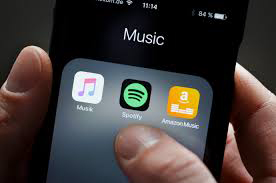 Apple Music streaming service has more than 36 million subscribers, up 6 million from the 30 million Apple officially announced last September. Launched in 2015, Apple Music has been growing subs nearly 5% monthly, and began offering video content in 2016, according to The Wall Street Journal.

Industry leader Spotify has 70 million subs, which the Journal contends Apple beats when factoring in its three-month trial subs. The gap could widen with the release of Apple’s HomePod voice-activated home speaker system.

“The fact that Apple has been able, in just 2-3 years, to create a business that is anywhere between 50% and 70% the size of Spotify should mitigate the risk that Spotify overly [dominates’ and dictate very difficult ‘monopolistic’ terms to the music industry,” investment bank Exane BNPP wrote in a research note.

The report said the music industry is more consolidated and less exclusive, making it harder for over-the-top music platforms to dominate content providers.

Indeed, in the first half of 2017, growth in revenue from music subscription streaming services continued to offset declines in traditional packaged media sales.

Estimated retail revenue from recorded music in the United States grew 17% in the first half of 2017 to $4 billion. At wholesale value, the industry was up 14.6% to $2.7 billion. This growth reflected a continuation of the trends from 2016, but overall market revenue is still significantly below 1999 levels, according to the Recording Industry Association of America.