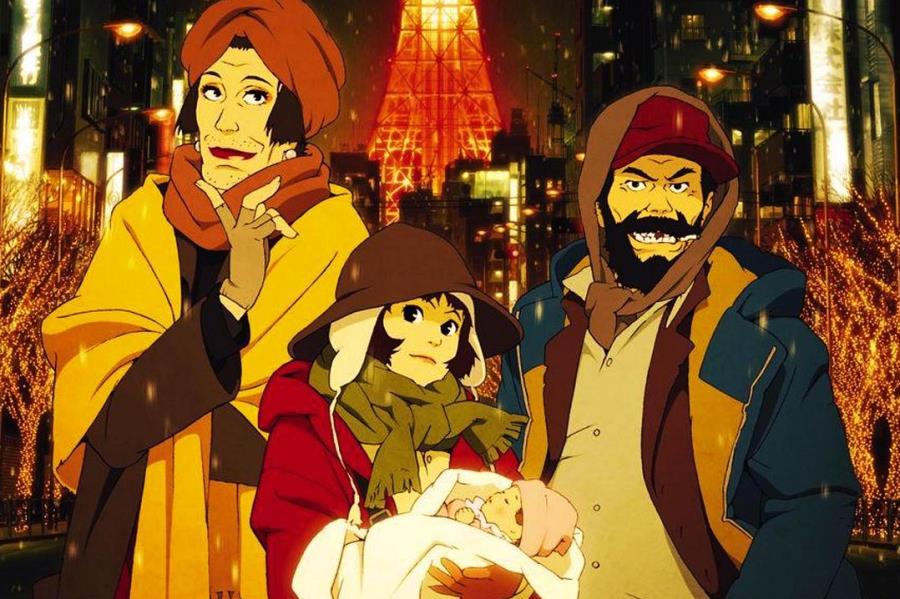 Shout! Factory and GKIDS on March 30 announced the upcoming release to home audiences of Tokyo Godfathers, which will be available for digital download on May 19 and on Blu-ray Disc and DVD on June 2.

The release of the 2003 family anime film has been restored and remastered from a 4K transfer, and marks the first time the film is available with an English dub in addition to the original Japanese audio track. 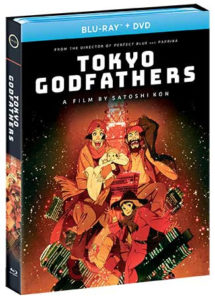 Set in modern-day Tokyo, the film centers on three homeless people whose lives are changed forever when they discover a baby girl at a garbage dump on Christmas Eve.

As the New Year approaches, the three forgotten members of society band together to solve the mystery of the abandoned child and the fate of her parents. Along the way, encounters with seemingly unrelated events and people force them to confront their own haunted pasts — teaching them to face their future.

Bonus features include an interview with actress Shakina Nayfack, the featurettes “The Process of Animation,” “The Unexpected Tours,” and “Making of Tokyo Godfathers”; a film introduction by K.F. Watanabe, deputy director of film for the Japan Society of New York City; Ohayo, a short film by Satoshi Kon; and an art gallery.