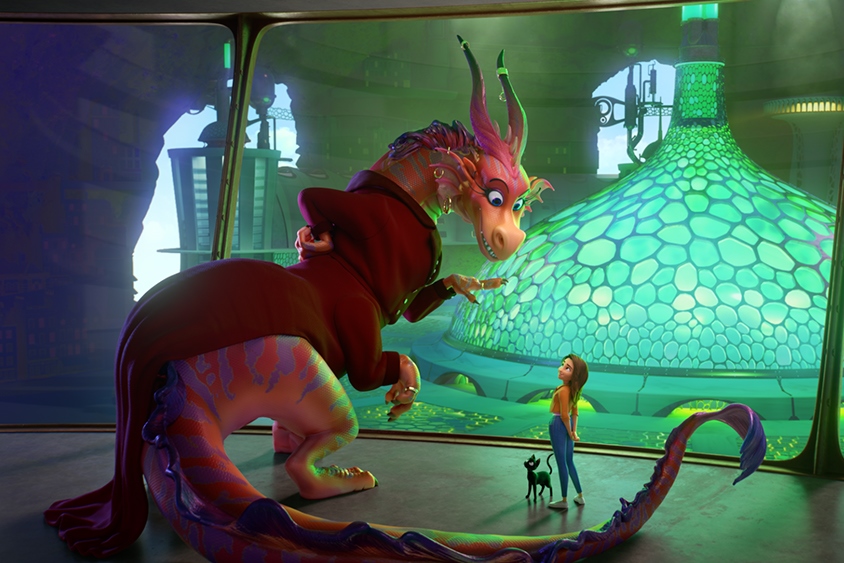 The animated adventure film Luck from Apple Original Films and Skydance Animation will debut globally on Apple TV+ on Aug. 5.

Luck centers on the story of Sam Greenfield, the unluckiest person in the world. When she discovers the never-before-seen Land of Luck, Sam must unite with the magical creatures there to turn her luck around. Eva Noblezada (“Hadestown,” “Miss Saigon,” “Yellow Rose”) will provide the voice for Sam. Simon Pegg (Mission: Impossible, Ice Age, Star Trek Beyond) will provide the voice for Bob, a lucky black cat from the Land of Luck, where the Captain (voiced by Emmy, Grammy, Oscar and Tony winner Whoopi Goldberg) stands guard as the head of security. Bob becomes Sam’s partner in the quest to find a lucky penny in hopes of preserving his lucky life.

Also joining is Flula Borg (Suicide Squad 2, Pitch Perfect, Trolls World Tour), who will provide the voice for Jeff the Unicorn, a larger-than-life facilities engineer who maintains the magical machine that distributes good and bad luck to the human world and who dreams of one day being reunited with his one true love, the CEO of Good Luck, the Dragon, voiced by two-time Academy Award winner Jane Fonda. Lil Rel Howery (Free Guy, Vacation Friends, Judas and the Black Messiah) will provide the voice for Marv, the owner of the Flowers & More store where Sam gets her first job.