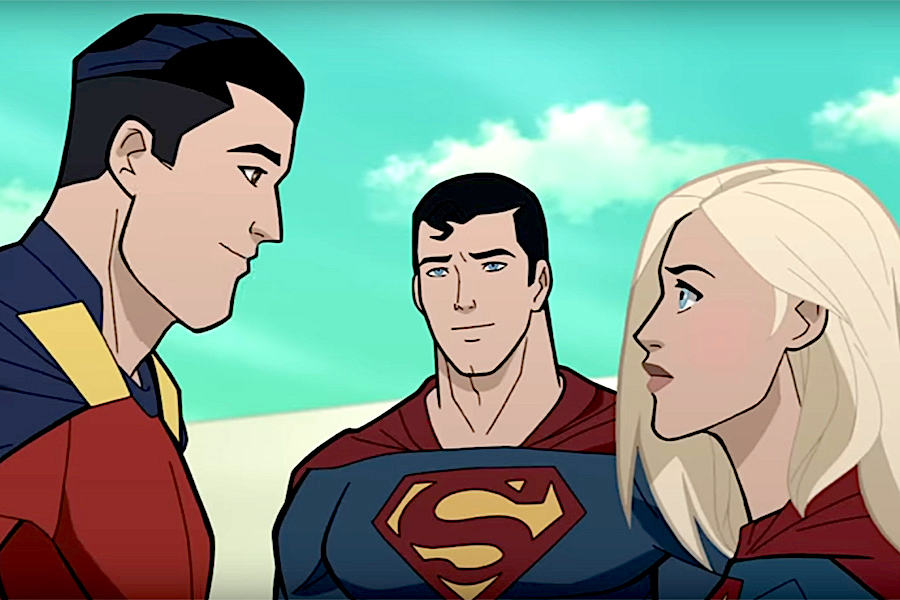 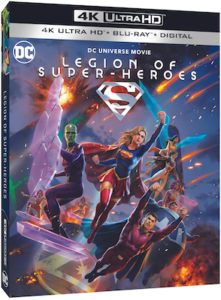 In the film, Supergirl (voiced by Meg Donnelly) travels to the 31st century to help adjust to life on Earth by attending the Legion Academy, where heroes hone their powers with hopes of joining the Legion of Super-Heroes. Supergirl quickly makes new allies, as the Legion must confront a mysterious group known as the Dark Circle that seeks a powerful weapon stored in the Academy’s vault.

In addition, Darren Criss, Matt Bomer and Jensen Ackles reprise their roles as Superman, The Flash and Batman, respectively, from previous entries in the ongoing Justice League continuity of movies.

Extras include the featurettes “The Legion Behind the Legion,” in which the filmmakers discuss the making of the movie; “Meet the Legionnaires,” about the characters; “Brainiac Attack: The Intellect Behind the Super-Villain,” a profile of the lineage of the “Brainiac” character; and “Down to Earth: The Story of Supergirl,” in which the filmmakers discuss why they centered the movie on Superman’s cousin.