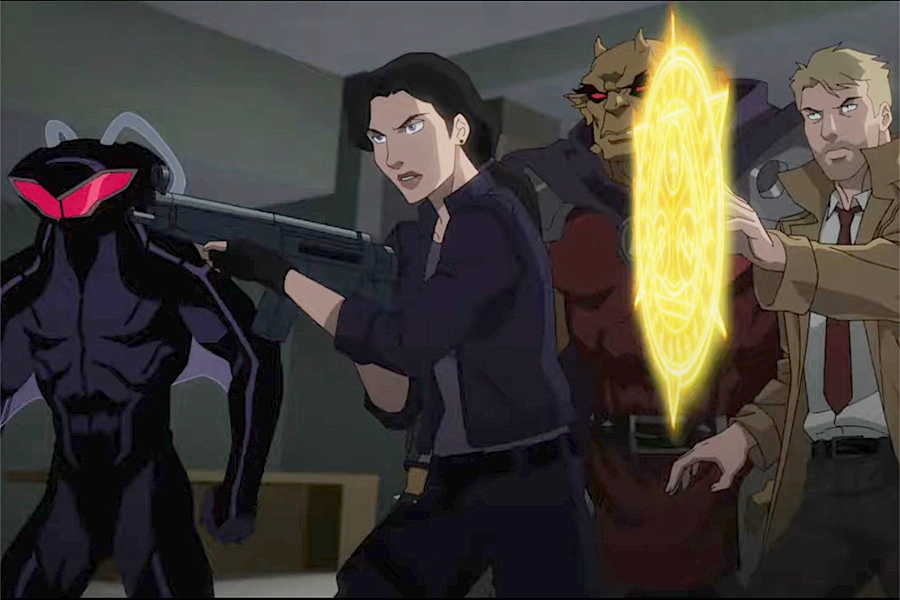 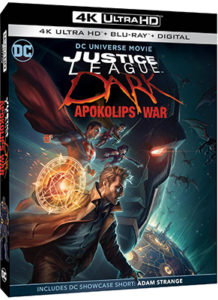 The latest installment of the DC Universe series finds the heroes of the Justice League, Teen Titans, Suicide Squad and others joining forces to save Earth from the devastation of the alien warlord Darkseid. The film is rated ‘R’ for bloody violence, language, and some sexual references.

Home video extras include filmmaker audio commentary;  the featurette “Darkseid: New God/Evil Classic,” a look at the motivations of the character and importance of Deities in classic and modern fiction; the featurette “Look Back: Justice League Dark,” a look at the previous film to feature Constantine and the misfit members of dark version of the Justice League who battle supernatural forces; taking on the malevolent forces that go beyond our plane of existence; “Look Back: Batman and Harley Quinn,” a retrospective at the earlier animated feature film; animated episodes “Zombie King” and “Abate and Switch” from “Justice League Action,” and “Nevermore” from “Teen Titans”; and a preview of the next DC Universe Movie, Superman: Man of Tomorrow.

The home video release will also include the new DC Showcase animated short Adam Strange, featuring Charlie Weber as the title character, a heroic space adventurer whose backstory plays out in flashbacks as he struggles to save an asteroid mining colony from a horde of deadly alien insects.