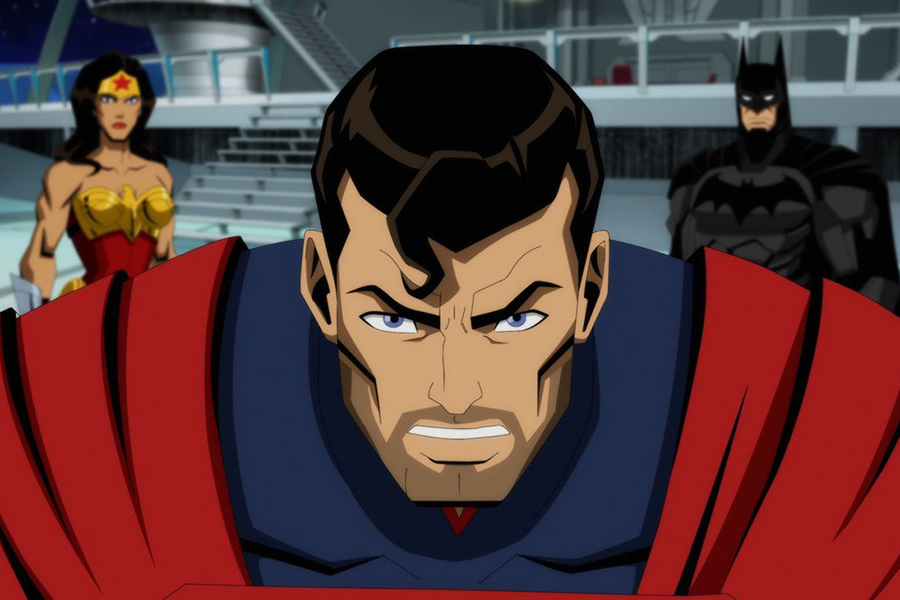 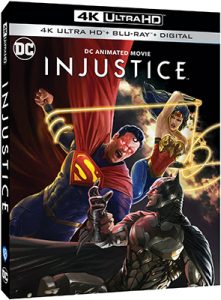 Inspired by the Injustice: Gods Among Us video game and the Injustice: Gods Among Us — Year One graphic novel based on it, the film is set in an alternate world gone mad, where The Joker has duped Superman into killing Lois Lane, sending the Man of Steel on a deadly rampage. Unhinged, Superman decides to take control of the Earth for humanity’s own good. Determined to stop him, Batman creates a team of like-minded, freedom-fighting heroes, leading to an all-out superhero war.

The film is rated ‘R’ for bloody violence.

The Injustice 4K Ultra HD Blu-ray Combo Pack includes the film on a 4K disc with HDR and on a regular Blu-ray. Both the 4K and Blu-ray editions include a digital copy.

Extras include the making-of featurette “Adventures in Storytelling – Injustice: Crisis and Conflict,” plus the “Injustice for All” two-parter from the “Justice League” cartoon that aired in 2002, and featurettes about previously released DC movies The Death of Superman and Reign of the Supermen.

A sneak peek of Injustice will be available at the DC FanDome virtual event Oct. 16.