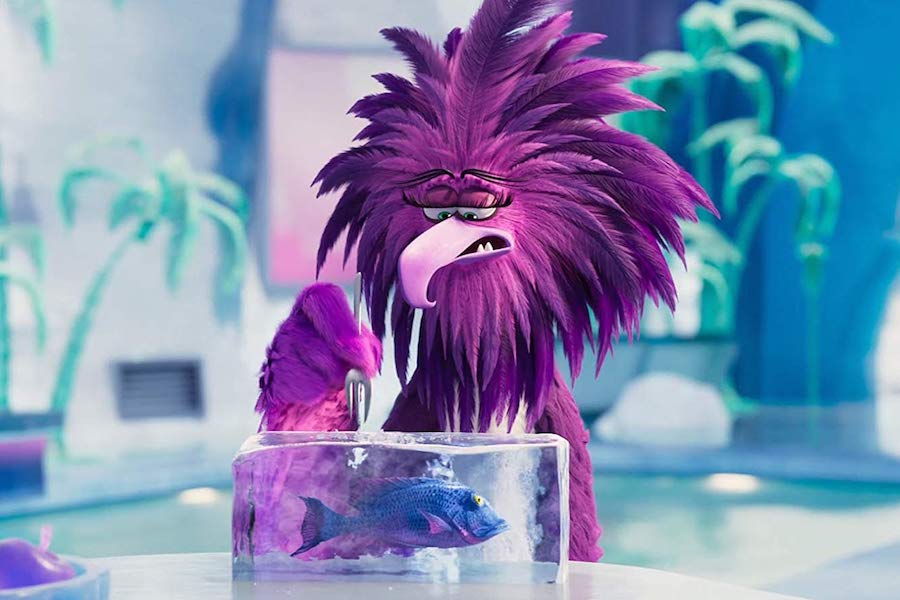 Turning an online game into a movie has its challenges, but it also provides some room for creativity, said executives who have worked on the films based on the iconic web product Angry Birds.

“When you have a project based on a book or comic book series, so much of that has been defined,” said producer John Cohen. “Everything is set in a mythology, and you’re translating it  into a movie and trying very hard not to veer from what’s already been created. But with Angry Birds we’ve had this amazing opportunity where not a lot had been defined.” 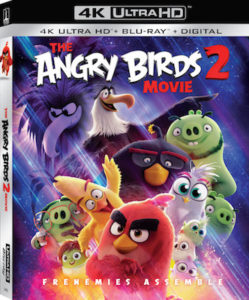 Cohen and co-director Johnny Rice attended a special event for the home entertainment launch of The Angry Birds Movie 2 Nov. 9 at the Los Angeles Zoo. The sequel was available Oct. 29 on digital and debuted Nov. 12 on 4K Ultra HD, Blu-ray and DVD from Sony Pictures Home Entertainment.

In the sequel, a new threat emerges that puts both Bird and Pig Island in danger. Red (Sudeikis), Chuck (Gad), Bomb (McBride) and Mighty Eagle (Dinklage) recruit Chuck’s sister Silver (Bloom) and team up with pigs Leonard (Hader), his assistant Courtney (Awkwafina), and techpig Garry (Sterling K. Brown) to forge an unsteady truce and form an unlikely team to save their homes. Jones stars as Zeta, a new villain threatening the islands.

“We’ve got a lot of new characters; of course, the Leslie Jones Zeta character is a big new character,” said Rice. “She’s bigger than life in every way. Leslie brought a voice to the character that is just incredible. She really stands out in the movie as a huge force. And it’s kind of interesting as that’s the way our story works as well. She’s a force that comes into the world, into the birds’ world and the pigs’ world that just changes everything.”

“Our other big new character is Silver, voiced by Rachel bloom, and Silver is actually Chuck’s sister,” added Cohen. “Chuck, the Josh Gad character, is the bird who moves very fast. Everything about him is quick. He talks fast. He moves fast. And we started to ask ourselves, well, if he had a sister who shares the DNA, what would she be like? Silver’s superpower is that she thinks fast. And so she is hypersmart and is an engineering major at Avian Academy, which is the college on Bird Island. And when the birds and pigs come together in the movie and have to team up to fight these mortal enemies and for the very first time have to work together, Silver ends up as the leader of the group because she’s just the smartest and kind of the best people person.”

Because the animators are filling out the online game, “we bring our own experiences, our own life experience and attitudes into it,” said Rice. “I really connected with Red on the first one and in the second one as well, where I felt like I totally understood who he was. And the voice actors add a lot to that of course.”

Animators use the performances of the accomplished comedians who play the characters to inform the animation.

“Their comedic sensibility and their ad-libs and improvisation do so much to bring that character to life in a way that you couldn’t have even imagined,” Cohen said.

“The animators pay a lot of attention to every nuance in the voice,” Rice said.

“We film the actors to see their mannerisms. Even an eye movement or just a gesture can inform the animation of the character,” Cohen added.

The actors often recognize themselves in the animated pigs and birds that end up in the movie, Cohen said.

Bonus features on the sequel disc include a new mini movie “Live Stream,” DIY activities inspired by the film, behind-the-scenes featurettes with cast and crew, a feature on the birds at the L.A. Zoo, and six Hatchling shorts directed by Rice.

The baby bird Hatchling characters are played by children, rather than adults using child-like voices, which brings an authentic humor to the characters, said Rice and Cohen. The child actors are encouraged to be themselves, which provides for some surprising humor.

“They do the funniest things,” Rice said.

“It’s not ad-libbing in the traditional sense,” Cohen said. “It’s more just the weird things and the surprising things that kids might say and the way in which they would say them. We love to capture real kids’ voices and that’s what’s given the Hatchlings so much charm.”

“Most of them it was their first time ever acting, and they were really, really fantastic,” Cohen said.