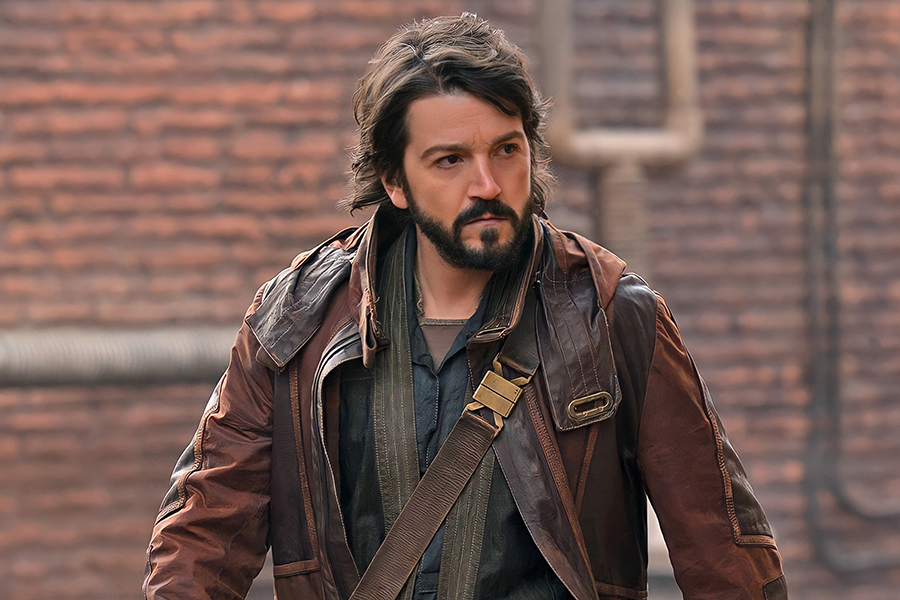 Netflix’s supernatural thriller “Stranger Things” remained No. 1 on Parrot Analytics’ digital originals U.S. rankings the week ended Nov. 25. The series had a 0.6% drop in demand expressions, the proprietary metric Parrot uses to gauge a show’s popularity, giving it 67.9 times the demand of an average series. “Stranger Things” was No. 4 on Parrot’s list of overall TV shows.

The Disney+ “Star Wars” spinoff “Andor” rose to No. 2 for the week, the Nov. 23 finale of its first season giving it a 4.3% spike in demand expressions, pushing it to 39.3 times average demand.

HBO Max’s superhero series “Titans” slid a spot to No. 3 with a 0.15% dip in demand expressions, giving it 38.2 times average demand. The show is in the midst of its fourth season, with episodes bowing weekly.

No. 4 was another Disney+ “Star Wars” series, “The Mandalorian,” which had a 1.8% rise in demand expressions to move it two spots up the rankings with 36.2 times average demand.

The latest foreign-language series from Netflix, “1899,” bowed Nov. 17 and in its first full week of availability had a 320.2% jump in demand expressions to bring it to No. 5 on the digital originals chart with 35.1 times average demand. The German series, which was No. 145 the week before, follows a group of European migrants traveling on a steamship to start new lives in New York City.

The other big leap into the top 10 for the week was, at No. 10, Netflix’s “Wednesday,” a creepy comedy about the daughter from the “Addams Family” franchise as she attends a boarding school. Its Nov. 23 aided a 74.8% rise in demand expressions for the week, giving it 28.6 times average demand.

The No. 1 overall TV series in terms of online demand was “The Walking Dead” with 77.3 times average demand. 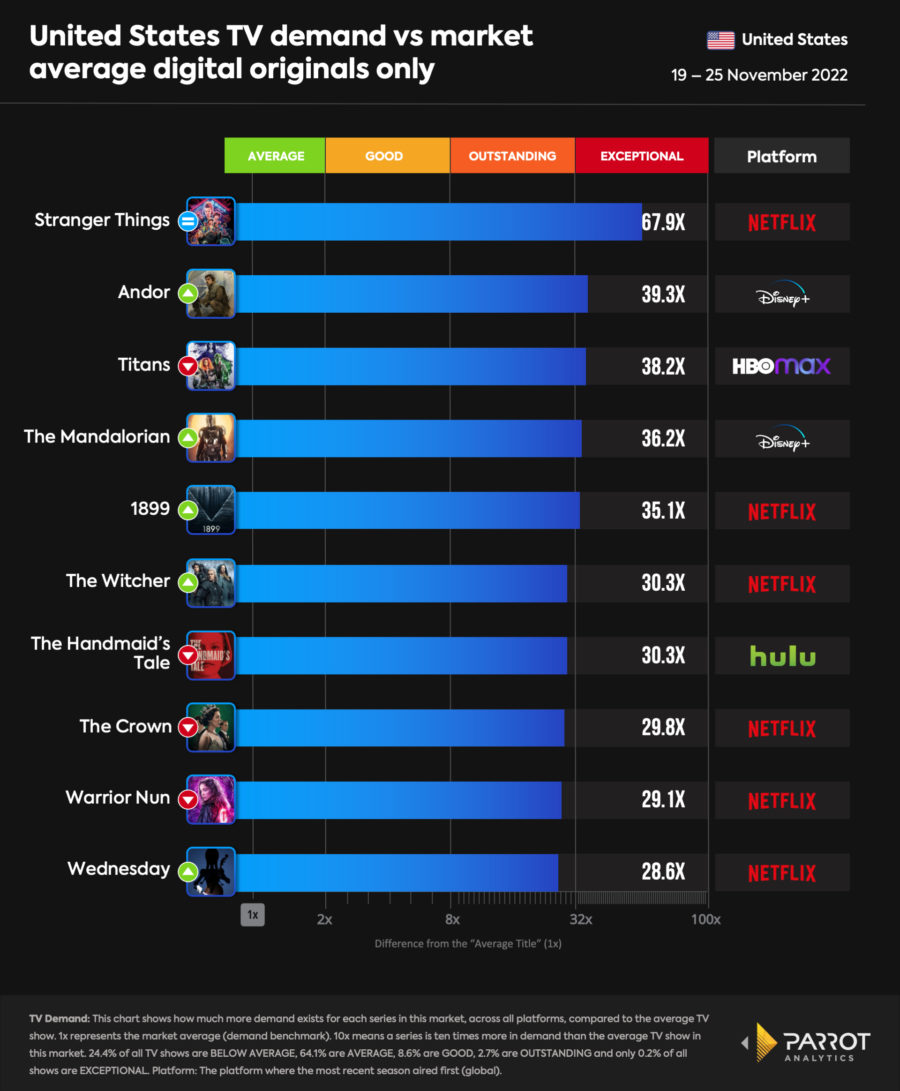