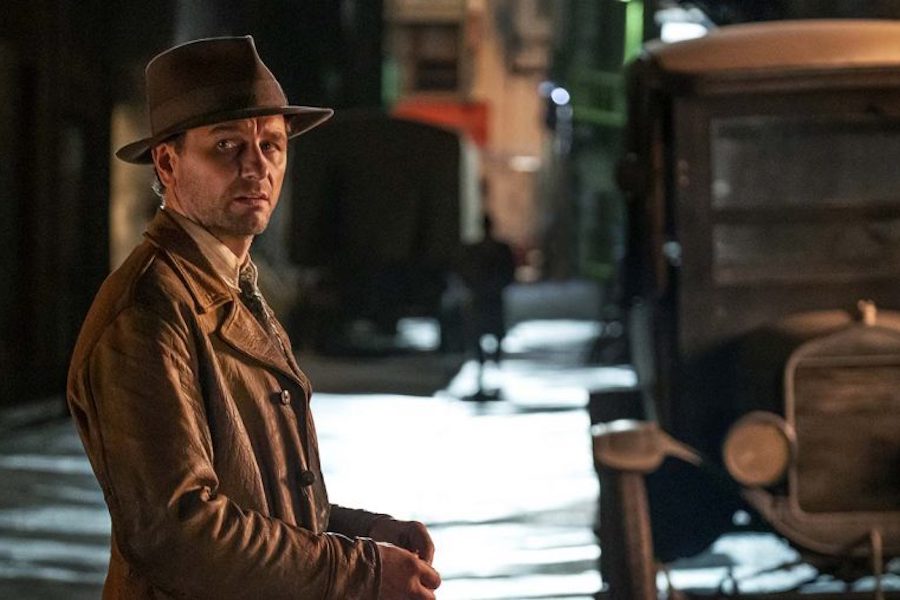 HBO Max and NBCUniversal’s Peacock may be latecomers to the subscription video-on-demand party, but their catalog programming ranked higher in July than Netflix, Amazon Prime Video and Disney+, according to new data from online media guide JustWatch.com.

The company said 86% of Peacock’s catalog is rated between 6 to 9 on IMDb ratings, which is runner-up to HBO Max, with 92% of its catalog receiving the same IMDb rates — but ahead of Netflix Amazon Prime Video and Disney+. 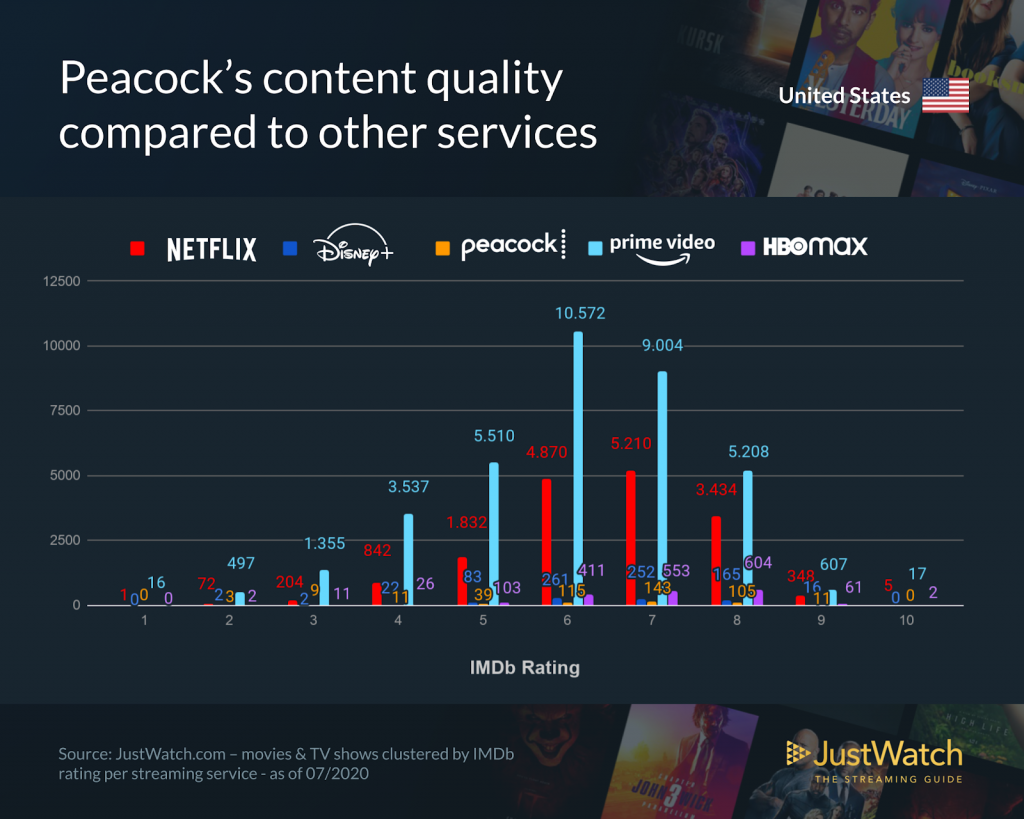 When comparing each catalog’s quality, most of HBO Max’s content is rated an 8, which JustWatch clarified does not mean HBO has the most titles compared with Netflix. 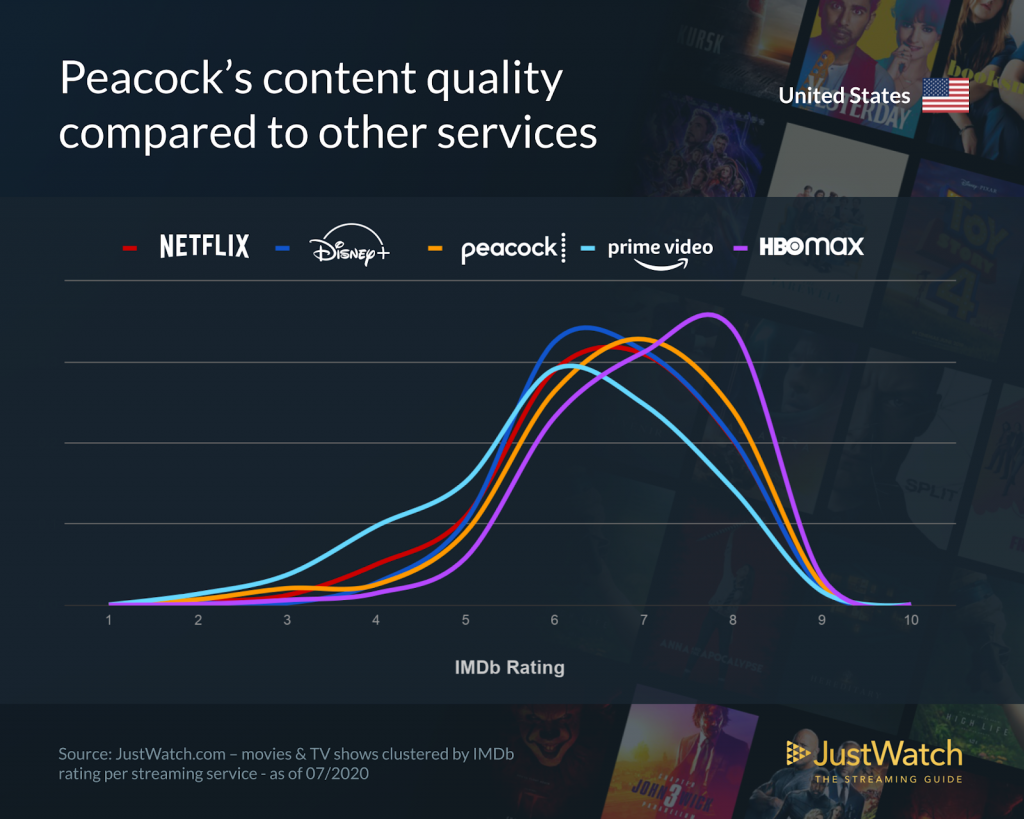