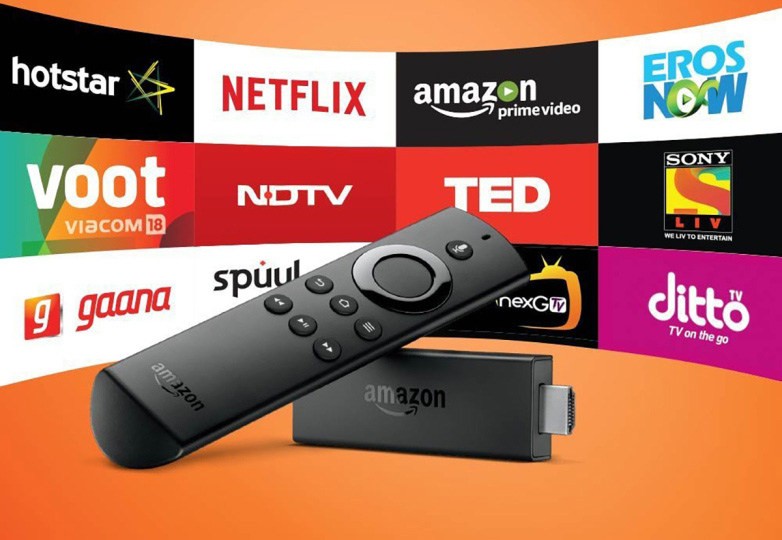 Amazon Fire TV and Roku continue to spearhead the streaming media device market in the United States and select foreign markets. New data from Ampere Analysis contends Roku has a key leadership position in both the U.S. and in Canada — although Amazon is “hot on Roku’s heels” in both countries.

While Fire TV is the leading device in many of Amazon’s retail markets and has a market share of over 40% in both Germany and Japan, it still trails Roku in the U.S. Indeed, among domestic Fire TV users, the slight majority prefer to stream Netflix than Prime Video.

Ownership of Google Chromecast is high in the Nordics and Netherlands, which lack any serious Amazon retail presence. Google has over 50% market share in Netherlands and Denmark. 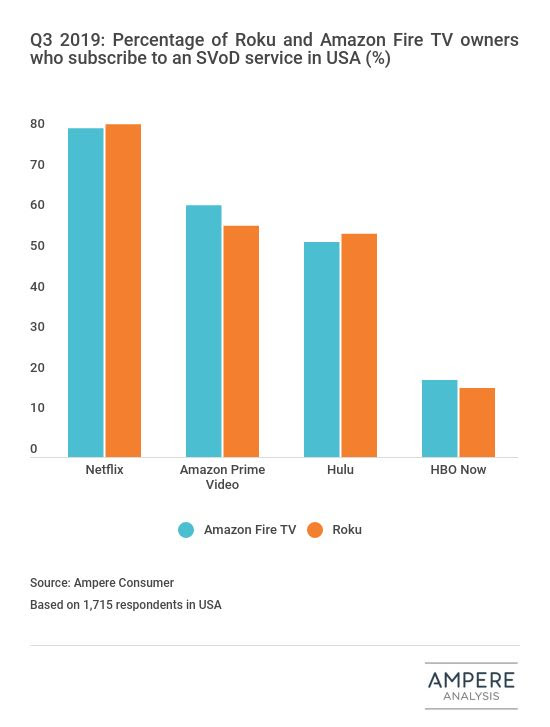 Device owners show subtle differences in the streaming services they rely on, reflecting device owner strategies, interfaces and the products they promote.

Although Netflix is still the key service for Fire TV owners in the U.S., Amazon device homes are more likely to subscribe to Prime Video and HBO Now compared to Roku device owners.

Finally, Sweden tops all countries for household streaming media device penetration at 55%. That compares to Denmark, the U.K. and U.S. at 51% household penetration.

“More than any other sector, the streaming adapter market is a competitive battleground for companies with wildly different strategic imperatives — ranging from Amazon and the support which Fire TV provides for its retail operations, Apple and its high-end device ecosystem, Google and its advertising businesses, and Roku and its mix of monetization mechanisms,” Minal Modha, consumer research lead at Ampere Analysis, said in a statement.