With the ongoing push by ViacomCBS, Fox Entertainment and Roku to further their respective ad-supported VOD platforms Pluto TV, Tubi, and The Roku Channel, new data from Ampere Analysis finds that AVOD has joined SVOD as go-to destinations on streaming devices. Ownership of streaming devices has increased by 18% since the third quarter in 2019, before the pandemic began.

The London-based research firm said devices such as Roku, Amazon Fire TV or Google Chromecast are now in nearly two thirds of U.S. Internet homes and half of U.K. Internet homes.

These streaming media devices facilitate access to an array of free-to-view and paid video services and are helping to drive adoption of a wider range of streaming products. In the crowded domestic subscription market, AVOD platforms are growing in viewer engagement as users search for low-cost entertainment options to SVOD.

“The growth in AVOD usage partly reflects how expensive the streaming market is becoming,” analyst Minal Modha said in a statement. “The fact that younger audiences are now engaging with AVOD will be welcome news for platform owners and will make the services even more attractive to [advertising] brands.” 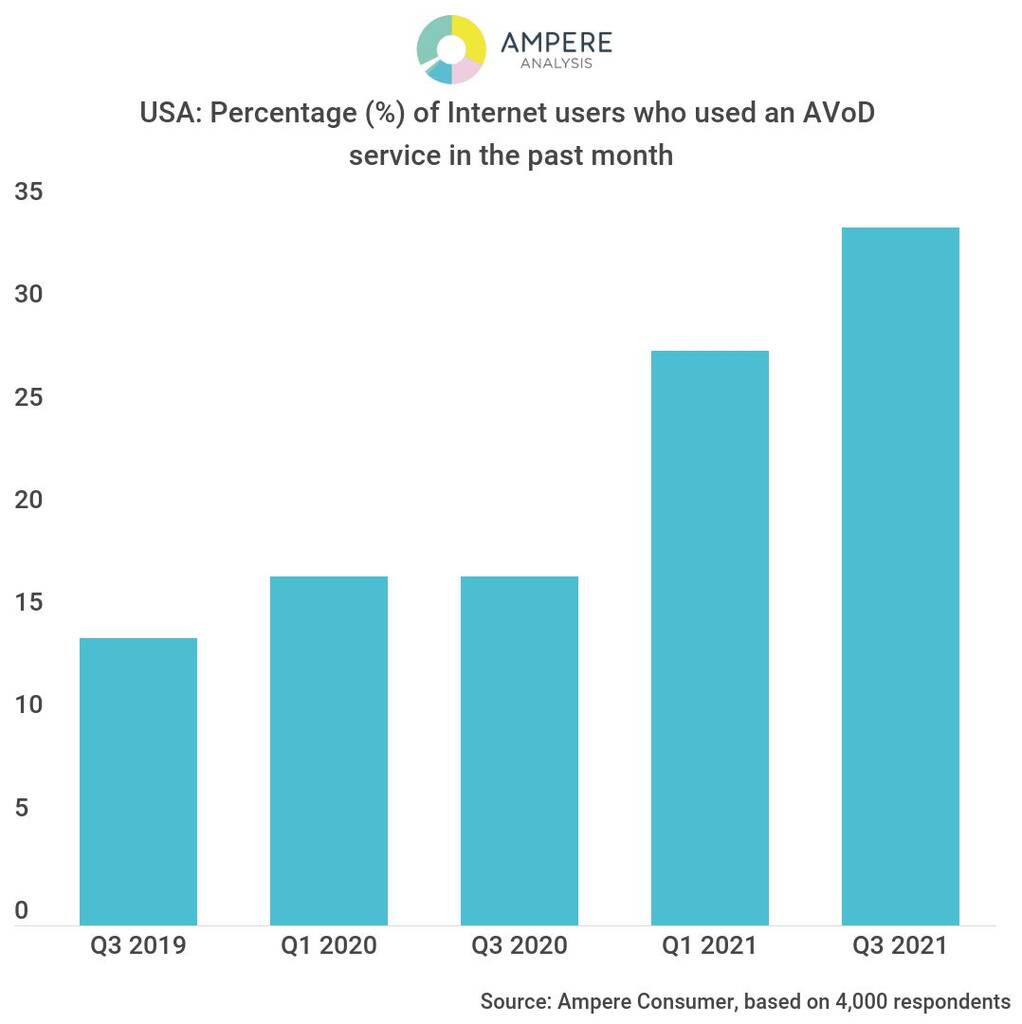