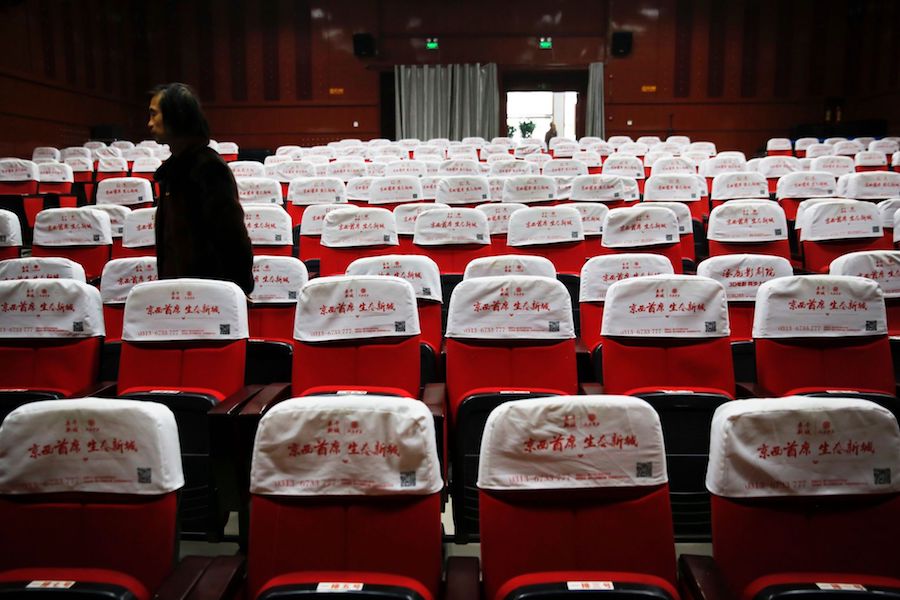 Without a vaccine and/or decline in coronavirus infections, the theatrical market in the U.S. and other western markets is expected to remain challenged in 2021. New data from Ampere Analysis contends global box office dropped 75% in 2020 to $11 billion, from $44 billion in 2019. The London-based firm suggests China and other Asian markets less impacted by the pandemic will spearhead theatrical’s return next year to $33 billion in ticket sales.

Ampere’s latest forecasts in Asia Pacific show revenue reaching $15 billion by 2021 and $25 billion by 2025 to match pre-pandemic levels. China is responsible for the lion’s share of this recovery. Q1 is the market’s most lucrative quarter, and the pandemic is therefore likely to stymie growth in 2021 too. However, the success of recent movie releases in China suggests that consumers are cautiously returning to theaters. These markets are less reliant on U.S. content and Ampere anticipates that continued local investment in production will further buoy recovery and growth. 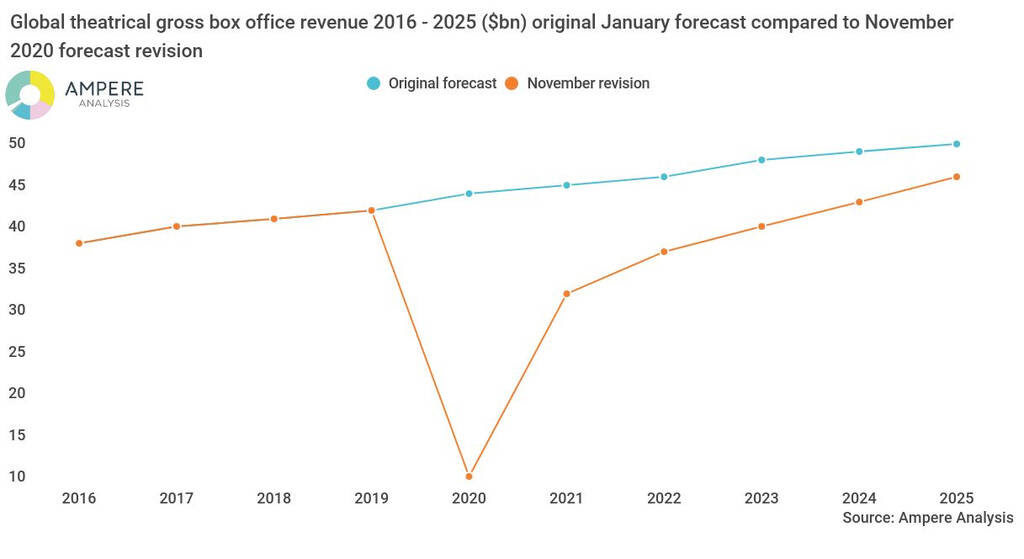 “2020 was the year that the Chinese box office was expected to overtake the U.S.,” research director Richard Cooper said in a statement. “The pandemic halted that, and instead we will see these two markets vying for the global number one slot in 2021. By the following year however, China will move into the lead, to double the size of the U.S. market by 2025.”

It’s a different story in the Western markets, where cinema closures and the reductions in the number of accessible screens are set to continue. This will limit access to movie theaters, accelerating the downturn already evident in markets such as Germany, France and the United States.

The Asia Pacific markets have become less reliant on foreign movie content over the past few years for their revenue. The void left by the absence of U.S. releases as a result of the pandemic has provided a golden opportunity to promote local content. As a result, a number of high-profile releases in Asia in Q3 and Q4 have begun to resuscitate the local theatrical sector. In Japan, Demon Slayer the Movie: Mugen Train broke all records, earning $140 million to-date at the box office. In China, local titles My People, My Homeland and The Eight Hundred have grossed $460 million and $416 million, respectively, in China alone, far outstripping the revenue generated by China’s top-performing U.S. releases Tenet ($51 million) and Mulan ($41 million). 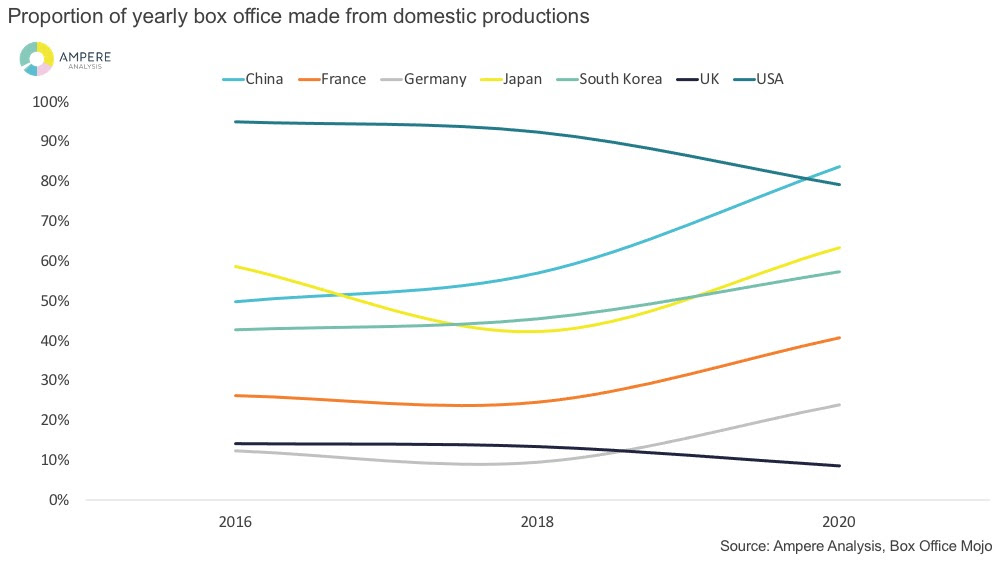 “This sector is characterized by very different performance depending on location. In the West, theatrical revenue is under serious pressure, while in Asia, we expect the market to bounce back rapidly, driven by the rise of locally produced content. Many of the Hollywood studios are shifting their business models to react and adapt to this geographic change, experimenting with digital release strategies in Western markets and testing the viability of bypassing theatrical release. As a consequence, Asia will emerge as the predominant theatrical market by 2025.”