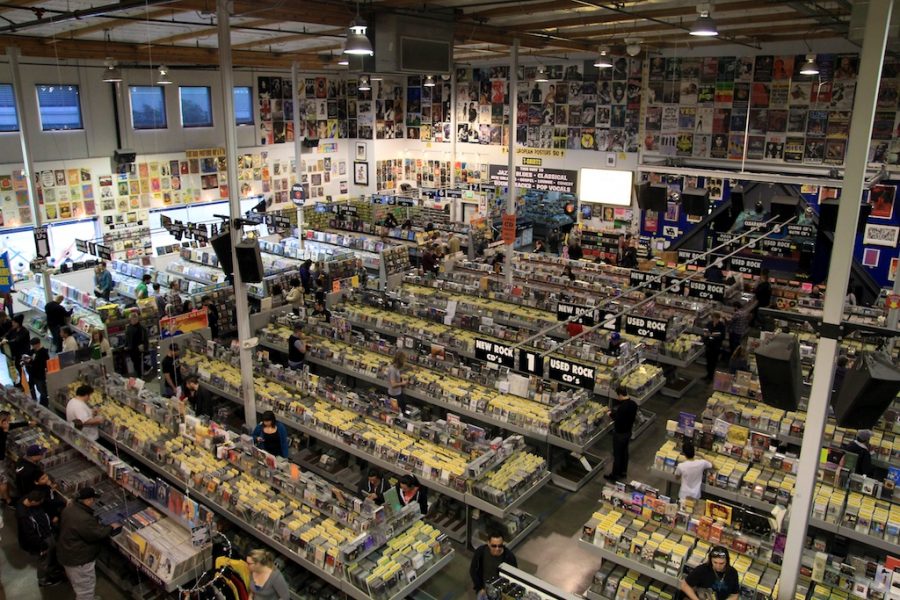 Amoeba Hollywood (aka Amoeba Music), one of the last big packaged-media retailers, has re-opened after a year hiatus in a new location in West Los Angeles. The location at 6200 Hollywood Blvd. is holding initial temporary hours everyday from 11 a.m. to 8 p.m. (buy counter open 11 a.m. to 7 p.m.) with limited store capacity due to the pandemic. Face masks are mandatory.

Opening day (April 1) events included a special design created by L.A. artist Ivan Minsloff. Customers get a limited-edition poster as a gift with purchase, with silkscreened T-shirts available for purchase in the store while supplies last.

“We’re still carrying everything that we had carried before, so we’re more than just a record store, the music, and movies, the posters, T-shirts, games, toys, lunchboxes, you name it,” Amoeba Music co-owner Jim Henderson said in a media statement.