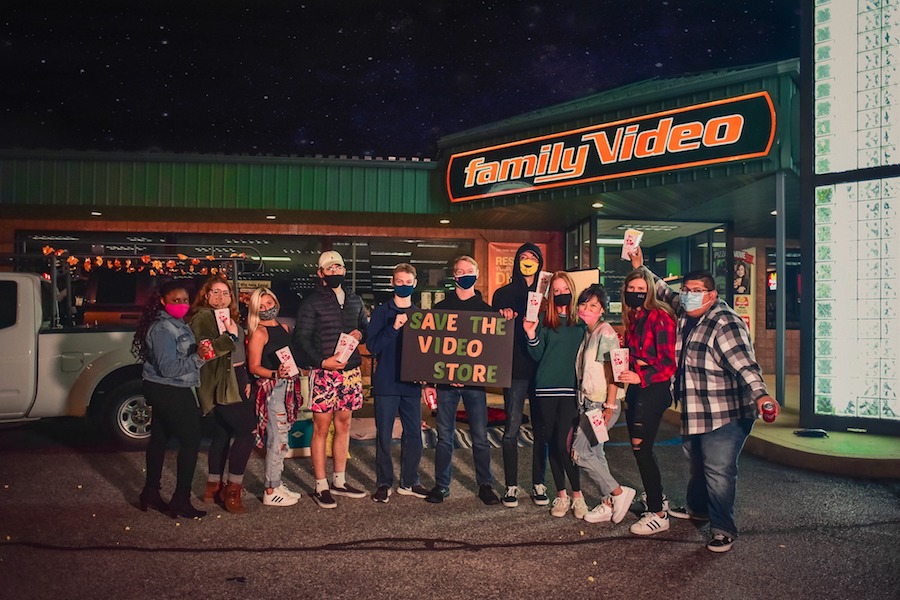 As it struggles during the pandemic, Family Video, the last major video store chain, is launching a promotional campaign called #SaveTheVideoStore to drum up consumer support.

With the help of studios and Hollywood talent such as Clerks director Kevin Smith, Family Video is bowing the campaign to celebrate physical media and generate nostalgia for the video store.

“Our plan with this campaign is to not hide from the stark reality that our business has been affected by streaming, COVID and just about everything else this year,” said senior brand manager Derek Dye. “We are hoping to pull at the heartstrings of physical media fans, video store fanatics and movie lovers as a whole to support us in this difficult time for our business.”

The campaign runs Nov. 9 to 22, boosted by a video of support for the chain from Smith, whose Clerks famously included scenes at a video store. But the major push is at the store level.

“We are going for a very grassroots initiative with our stores making signage, posters, painting the windows of our stores to get the word out,” Dye said. “We think that strategy along with the help of media outlets could help us immensely to drive traffic and awareness to our stores.”

Battered by the pandemic and other hardships, the chain has shut down about 200 of its approximately 500 stores. It now has 300 stores in 17 states.

The nostalgic nature of the video store has not been lost on pop culture, even at a streaming service that is supplanting it, Netflix. Family Video has figured in previous seasons and will be featured prominently in the next season of Netflix’s “Stranger Things.”

The chain has been successfully selling Family Video retro-looking T-shirts to supplement income and capitalize on the nostalgia for video stores. Family Video has sold more than 700 of the T-shirts at $19.78 (1978 was the year the chain was established). In support of the new initiative, the chain is also selling a new  #SaveTheVideoStore shirt.

“Everybody has a fun memory of video stores,” Dye said.

He hopes the public will get the message that this institution is in trouble and needs fans to come in and support it.

The plea of the campaign, Dye said: “We need your help to save the video store.”