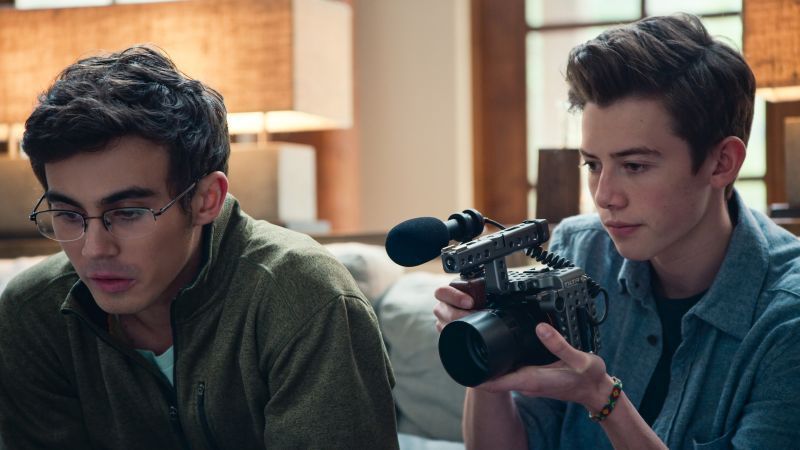 It appears Netflix has another hit on its hands, this time with “American Vandal,” the true-crime satire series created by Dan Perrault and Tony Yacenda.

Demand for the show more than doubled with the Sept. 14 premiere of Season 2, which follows the investigation into a new “crime” at a private Catholic high school after the cafeteria’s lemonade is spiked with laxatives.

“American Vandals” debuted at No. 10 on the top 10 digital originals chart for the week ended Sept. 22, with a 154% increase in Demand Expressions, according to Parrot Analytics data. In the prior week the show was ranked at No. 46.

The perennially popular digital original series “BoJack Horseman” and “The Handmaid’s Tale” both rose up the chart, with “BoJack” rising to No. 2 from No. 5 the previous week with a 40% gain in demand.

“The Handmaid’s Tale” shot back up the chart to No. 3, from No. 7 the prior week, with a nearly 28% increase in Demand Expressions.

The franchise effect is evident on the Parrot Analytics digital originals chart for the week ended Sept. 22, with two Netflix-Marvel series feeding off each other.

Audiences have now had enough time to digest the latest season of “Marvel’s Iron Fist,” which debuted on Netflix on Sept. 7, and are now catching up on “Marvel’s Daredevil” ahead of its second season launch next month. 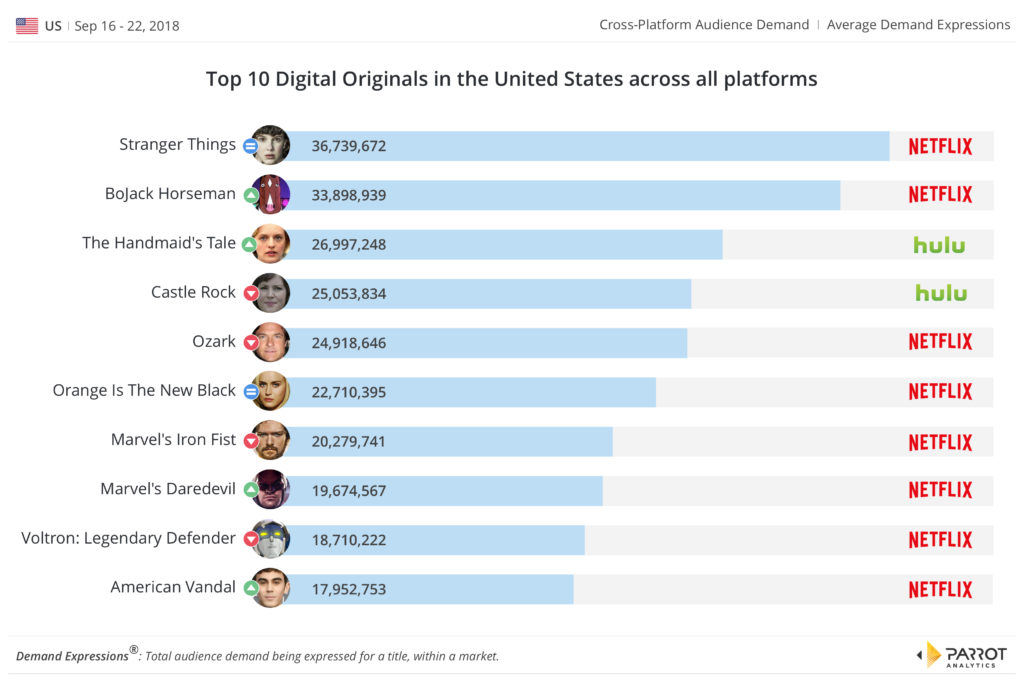