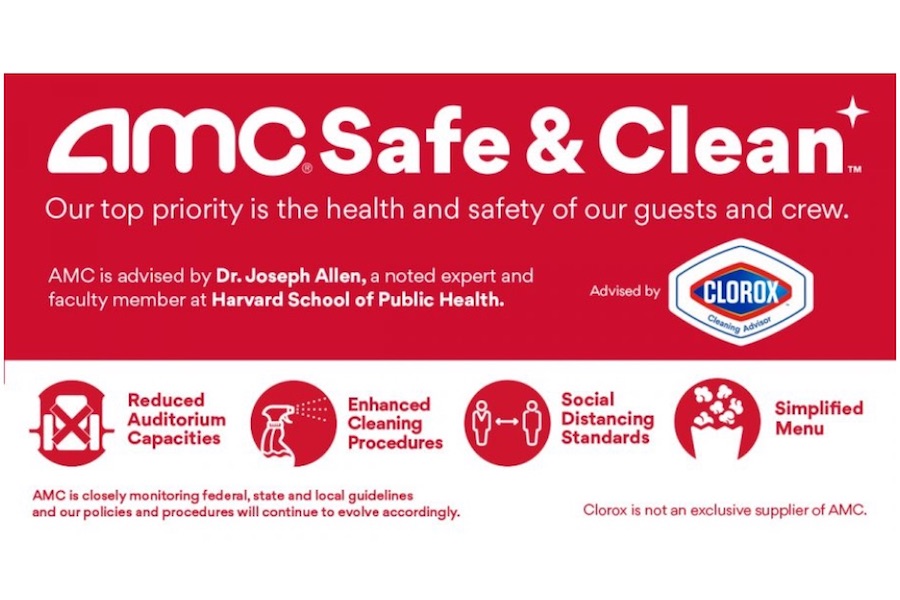 Fiscally-challenged AMC Theatres June 18 announced it would open the majority (450) of its 600 theaters nationwide on July 15. The remaining screens will open on July 24. The world’s largest exhibitor with more than 11,000 screens has been shuttered since mid-March due to the coronavirus pandemic. It currently has select screens operating in Norway.

“We are delighted to announce that AMC will resume theatre operations beginning 7/15, rolling out in advance of @DisneysMulan and @TENETFilm. AMC will implement a comprehensive health and sanitation program: AMC Safe & Clean,” the chain posted in a Tweet.

In a significant development, the chain will not require moviegoers wear masks — a move CEO Adam Aron said was due largely to politics, not public safety.

“We do not want to be drawn into a political controversy. We thought it might be counterproductive if we forced mask wearing on those people who believe strongly that it is not necessary,” Aron told Variety in an interview.

“[A] vast majority of AMC guests will be wearing masks,” Aron said. “When I go to an AMC feature, I will certainly be wearing a mask and leading by example.”

AMC, like most retail businesses, has set up an elaborate sanitation protocol in accordance with CDC guidelines. This includes all staffers wearing masks, managers and crew will have their temperatures read before starting their shifts. Anyone who has a fever or symptoms is required to self-quarantine until symptom free for at least 72 hours. Managers and crew will be required to wash their hands routinely for at least 20 seconds.

“During the weeks leading up to new major theatrical releases, AMC will be showing popular repertory titles made available from its studio partners,” the company said. “Those titles and ticket price information will be announced prior to reopening.”

The news sent AMC’s stock in a positive direction following months of bad news. The chain reported a $2.18 billion loss in the most recent fiscal period, with some analysts suggesting AMC would soon file for bankruptcy protection.