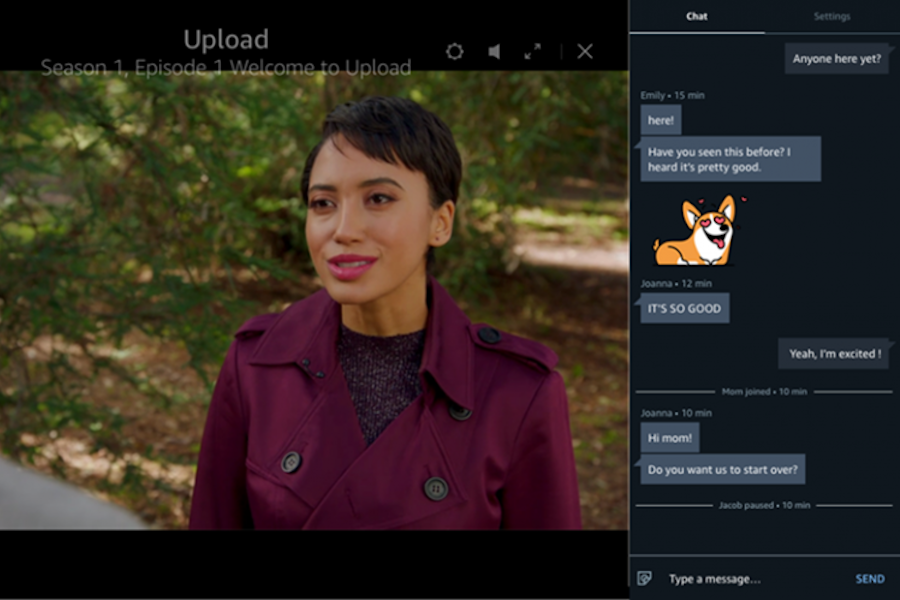 Amazon Prime Video has joined Hulu, Netflix, HBO and other digital platforms in unveiling a social media campaign, dubbed “Watch Party,” that enables users in the United States to live-chat with other connected viewers during a movie or TV show.

Prime members will be able to choose from thousands of titles available on the platform’s SVOD catalog (titles available at no additional cost to Prime members), including Amazon Originals such as Emmy Award winners “Fleabag” and “The Marvelous Mrs. Maisel,” “Tom Clancy’s Jack Ryan,” “Hanna,” “Mindy Kaling’s Late Night,” “Donald Glover’s Guava Island,” “Troop Zero,” Academy Award-nominated The Big Sick, “The Boys,” “Homecoming” and “My Spy,” among many others.

Titles feature a special “Watch Party” icon/link that can be shared with up to 100 other Prime members and accessed when clicking on the link. Co-viewing content has become popular as segments of the country remain sheltered-in-place during the coronavirus pandemic.

“Netflix Party” (on Google Chrome only) and HBO’s “virtual theater” enable multiple viewers to share access to a title or episodic program on portable devices. Amazon first tested the “Watch Party” concept this past spring on its Twitch video game streaming platform.

Prime members will be able to host and participate in Watch Party, providing synchronized playback, which the host controls, and a chat feature to communicate with participants along with built in stickers. Watch Party will accommodate up to 100 participants per session (each participant must have a Prime membership or Prime Video subscription and must be based in the U.S.).