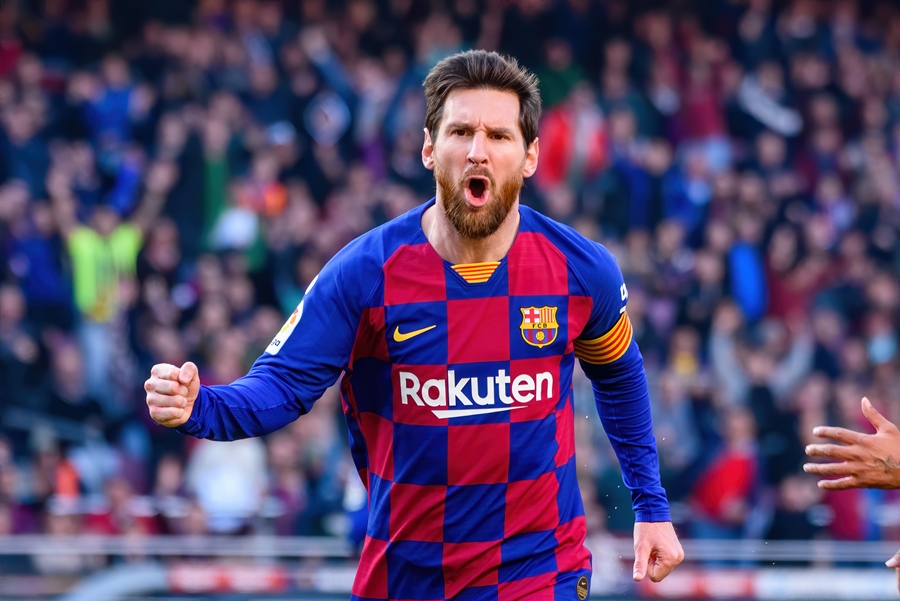 Lionel Messi celebrates a goal at the La Liga match between FC Barcelona and SD Eibar at the Camp Nou Stadium on February 23, 2020 in Barcelona, Spain (photo by Christian Bertrand/Shutterstock).

“I am excited to begin a new chapter of my career at Paris Saint-Germain,” Messi said in a statement.

Overnight, Amazon’s gamble on French soccer would appear to have struck gold. Messi, a six-time Ballon d’Or winner, could play in PSG’s match against Brest on Aug. 21.

Amazon swooped up Ligue 1 rights at a discount (275 million euros/$321 million) with professional soccer across Europe dealing with the fiscal fallout from the pandemic that has resulted in shuttered stadiums and zero ticket/concessions revenue. Prime Video typically includes live sports at no additional charge to subscribers.

“Amazon proved agile in buying the rights on the cheap, but it still has to demonstrate it can leverage them to significantly increase its e-commerce business footprint,” Francois Godard, analyst at Enders Analysis, wrote in a recent note.