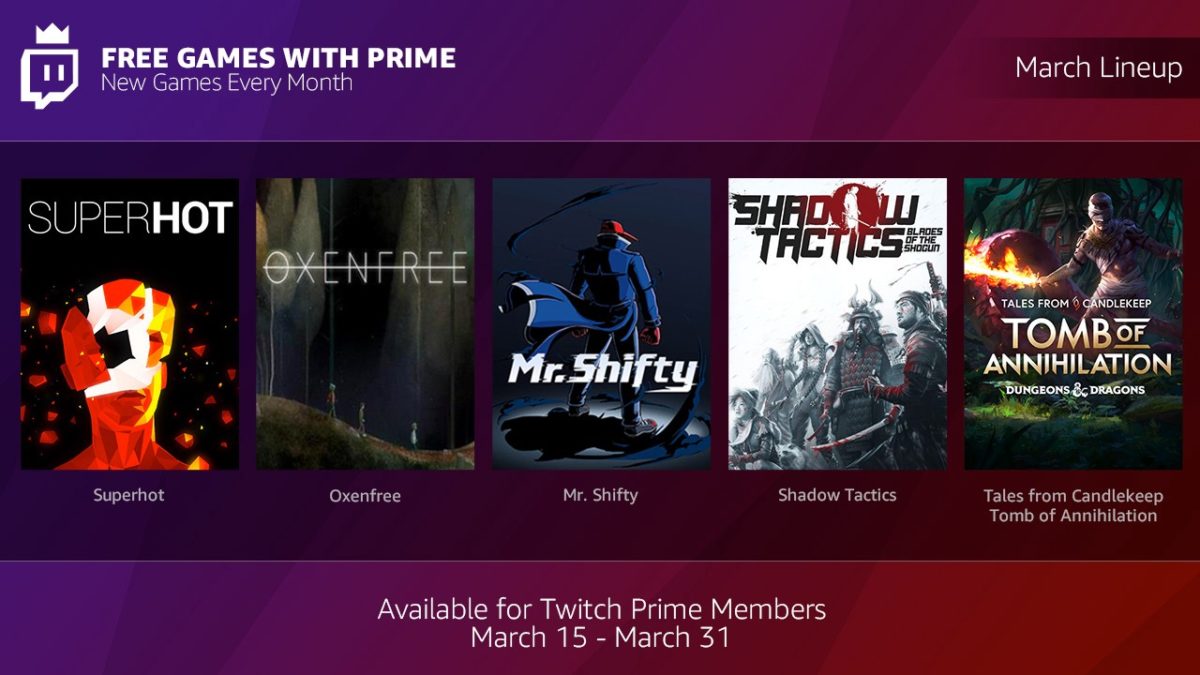 Amazon, beginning March 15, will start giving Prime members free access to digital video games on a monthly basis through its Twitch.com subsidiary – acquired in 2014 for $940 million in cash.

In a blog post, Twitch said it is launching the promotional campaign in response to feedback from the “Twitch Prime Indie Amplifier” program touting new game titles members voted on.

Indeed, all eight titles from the Indie Amplifier program will be made available over the next few months.

“First up are the winner, Shadow Tactics, and strategy-RPG Tales from Candlekeep: Tomb of Annihilation,” wrote Joveth Gonzalez, who works in marketing at Twitch.

Other titles include Superhot, Oxenfree and Mr. Shifty. Coming April: Tales from the Borderlands, SteamWorld Dig 2, Kingsway, Tokyo 42 and Dubwars.