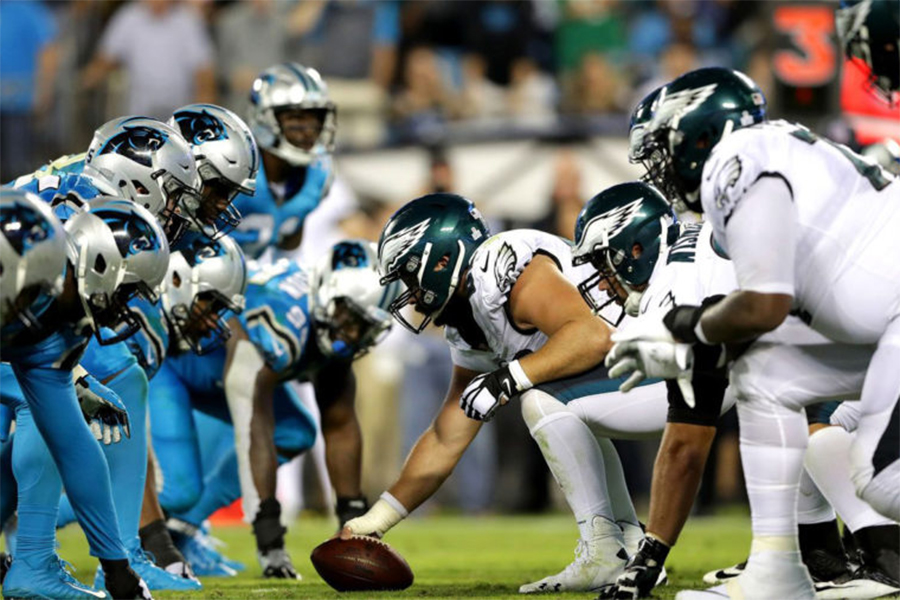 Amazon is also offering “X-Ray for TNF,” software that enables users to watch and understand the game without taking their eyes off the screen or missing a play.

“X-Ray” brings statistics previously available only to coaches and announcers to all Prime Video users on demand, on every play.

The software is available to anyone streaming TNF on Android, iOS, and Fire TV. To access X-Ray, users simply flip their phones, tap the “Stats by X-Ray” button on their phone or tablet or click ‘up’ on the Fire TV remote control during the game.

In addition, Amazon is streaming “NFL Next,” a new 30-minute live show available exclusively on Prime Video at 7:00 PM Eastern each Thursday and produced by NFL Films.

“We’re revolutionizing the way football fans stream Thursday Night Football and allowing Prime members to personalize how they watch and hear the game,” Marie Donoghue, VP of Prime Video Sports, said in a statement. “We think both longtime sports fans and those new to the game will love watching and engaging with TNF on Prime Video and Twitch.”

“We’re excited to collaborate once again with Amazon Prime Video to produce a different kind of NFL show,” said Ross Ketover, Chief Executive of NFL Films. “To have the talents of Chris Long, one of the most insightful players to play this game, paired with a dynamic personality like Kay Adams makes for a show we think fans are going to love.”

For the third year, TNF will also be available on Amazon-owned gaming platform Twitch, including co-streamed commentary on Twitch’s interactive social video service.