Amazon Oct. 5 announced a slate of new features and original programming for its exclusive live streaming access to NFL “Thursday Night Football” (TNF) on Prime Video and Twitch, which begins Oct. 8 featuring Tom Brady and the new-look Tampa Bay Buccaneers taking on the Chicago Bears in the Windy City.

“We know these are unusual times, and have developed a wall-to-wall lineup of exclusive features and original content from across Amazon that prioritizes real-time data and insights, provides expert analysis, and gives fanatic and casual football to more options,” Marie Donoghue, VP of Global Sports Video at Amazon, said in a statement. 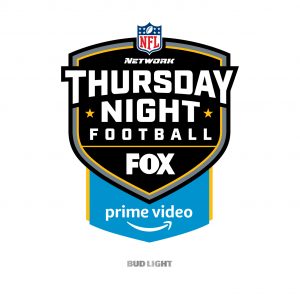 Prime Video is once again producing multiple announcer options in addition to the longtime default Fox broadcast duo of Joe Buck and Troy Aikman. Hannah Storm and Andrea Kremer return for their third season on Prime Video, and new this year Prime members can stream “Scout’s Feed,” which features podcasters and former NFL scouts Bucky Brooks and Daniel Jeremiah alongside sports podcast, radio, and TV host Joy Taylor. Prime members in the U.S. and Mexico will once again have access to the Fox Deportes Spanish-language broadcast.

“NFL Next” is also shifting from a live pre-game show on Thursdays to a live and on-demand release on Tuesday evenings at 8p.m. ET. In addition to compelling moments, stats and stories from the prior weekend’s games; the show aims to amplify the social media pulse of the league, provide a fantasy football-themed look ahead to the upcoming week’s action; and give an in-depth preview of the upcoming weeks’ “Thursday Night” matchup via NFL Films’ “mic’d up” vault. “NFL Next” returns Oct. 6 at 8 p.m. E.T. on Prime Video.

Andrew Hawkins will also join Cari Champion for a new weekly “TNF” livestream that will air exclusively on Twitch every Thursday, with either Chris Long or Von Miller joining weekly throughout the season. Beginning Oct. 8, the “NFL Next Live” stream will give fans a broadcast that marries Amazon’s suite of sports offerings, including Next Gen Stats, Twitch, and Prime Video with a traditional NFL broadcast.

X-Ray for “TNF” gives Prime members real-time access to live stats and key insights, allowing fans to watch and understand the game without taking their eyes off the screen or missing a play. With Next Gen Stats, fans on Prime Video have access to data previously only available to coaches and announcers. New this season to X-Ray is an interactive in-game on-demand replay experience, which allows fans to re-watch top plays from throughout the game in real-time, giving them deeper analysis and insights derived from in-game team and player performance data.

This new feature gives streamers more information about the key players involved in that play, including time to throw, running speeds, and completion probability, as well as trivia, which provides interesting facts or relevant milestones for that play.

In-game on-demand replays with X-Ray will be available on all Fire TV, Android, and iOS devices, and will launch on Web browsers later this season. X-Ray is available for football fans streaming “TNF” on web, Android, iOS, and Fire TV.

Also new this season, in collaboration with NFL Films, Prime Video is producing a lineup of original content available exclusively on Twitch, which will air throughout the week leading up to the game each Thursday. On Mondays at 2 p.m. ET, Kyle Long and Andrew Hawkins will host “The NFL Comment Box,” giving streamers the chance to engage with Long and Hawkins. On Wednesdays at 6 p.m. ET, fans can join Kyle Long and Chad Johnson on “The NFL Machine,” giving streamers access to the NFL Films archive and allows hosts to walk through footage in the most live and interactive manner possible.

To round out a week of programming on Twitch, on Thursdays fans will be able to watch a live simulcast of the “Scout’s Feed,” as well as an “NFL Next Live” broadcast co-joined by either Chris Long or Von Miller.