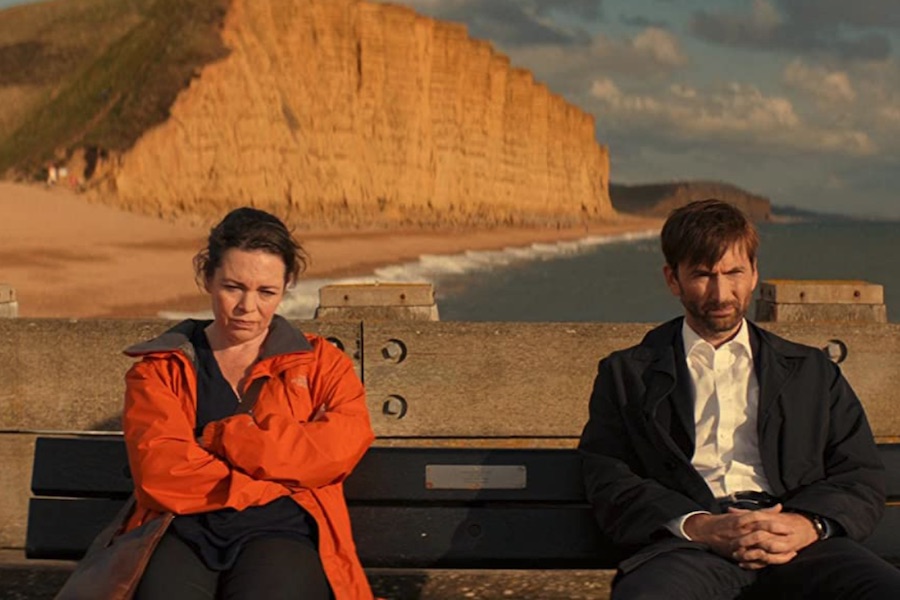 All three seasons of the crime thriller series “Broadchurch” will be available to stream on the PBS Masterpiece Prime Video Channel and PBS Passport on Nov. 27.

The entire series will begin airing on PBS stations in 2022.

Starring Academy Award-winner Olivia Colman and Emmy Award-winner David Tennant, “Broadchurch” (previously on Netflix) takes place in a seemingly calm and friendly seaside town that becomes wrapped in secrets when the death of an 11-year-old boy sparks an unwanted media frenzy. As the town’s locals start to open up about what they do and don’t know, it falls upon the police to catch the killer.

Set in Broadchurch, a fictional English town in Dorset, the series focuses on police detectives DI Alec Hardy (Tennant) and DS Ellie Miller (Colman) as they investigate the death of local 11-year-old Daniel “Danny” Latimer and the impact of grief, mutual suspicion and media attention on the town. The second season follows the dual storylines of bringing Danny’s killer to justice and a case from the past returning to haunt Hardy. The final season follows detectives Hardy and Miller as they try to solve another local crime that involves a serial sex offender, while the Latimer family goes to extreme lengths to move on from Danny’s death.