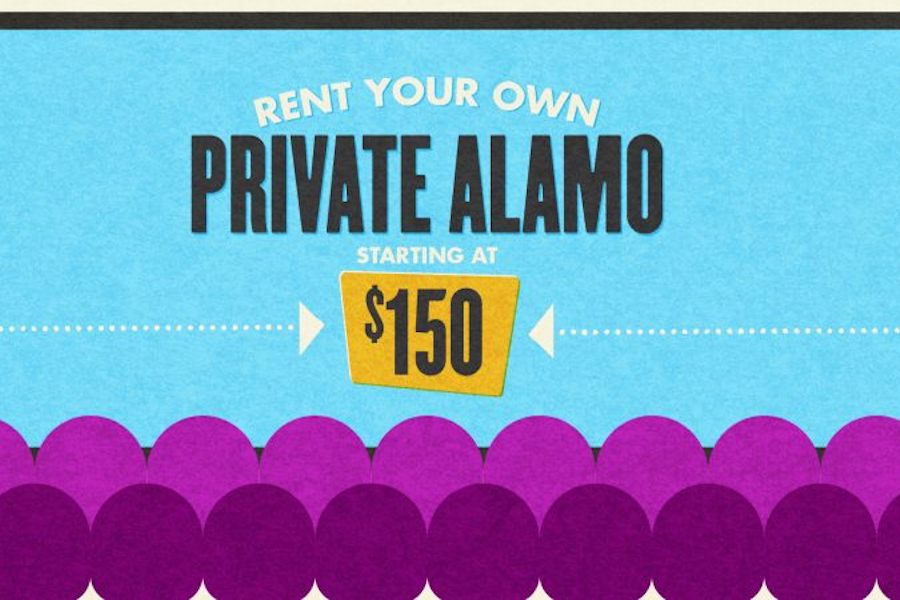 As the movie theater industry continues to suffer during the pandemic, Texas-based Alamo Drafthouse is allowing customers to rent out entire theaters for $150.

Renters must buy tickets (or have friends and family buy them) and buy a minimum of $150 in food and drinks (no outside food).

Renters must pick from a list of movies that include new releases, such as Tenet (at select theaters), and older movies such as Jurassic Park, The Matrix and Wonder Woman.

“When we began rolling out Your Own Private Alamo in select Alamo Drafthouse locations in August, we had no idea what the response would be,” reads the Alamo website. “It was big. Really big. In just the past few weeks we’ve hosted over 700 groups of families and coworkers at just a handful of theaters. And now we’re excited to expand to even more locations and, for the first time, open up the ability to book new release titles like Christopher Nolan’s epic Tenet.”