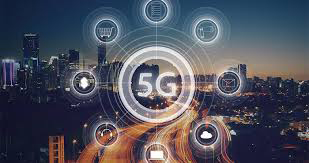 Speculation regarding the federal government possibly taking over implementation of a national 5G mobile network was met by disapproval from the Federal Communications Commission.

The National Security Council entertained a PowerPoint presentation outlining the pros and cons of government/private 5G rollouts, according to Axios.com. A 5G network is about 1,000-times faster than the current 4G, capable of downloading a full-length HD movie in one second.

Some security agencies contend the federal government would help expedite 5G deployment at a time when other countries such as China are actively pursuing the technology. China reportedly is spending more than $400 billion on 5G.

The FCC, which has jurisdiction over 5G, contends private – not government – channels drove innovation and investment in 4G. A blueprint that should be emulated for 5G, according to FCC chairman and Trump appointee Ajit Pai.

“What government can and should do is to push spectrum into the commercial marketplace and set rules that encourage the private sector to develop and deploy next-generation infrastructure,” Pai wrote in a statement. “Any federal effort to construct a nationalized 5G network would be a costly and counterproductive distraction from the policies we need to help the United States win the 5G future.”

Unlike net neutrality, which the FCC repealed following a 3-2 vote along partisan lines, the agency appears to be on the same page when it comes to 5G.

Commissioner Mignon Clyburn, who voted against repealing net neutrality, says that while the U.S. must lead in the deployment of 5G, localities have a central role to play; the technical expertise possessed by industry should be utilized and cybersecurity must be a core consideration.

“A network built by the federal government, I fear, does not leverage the best approach needed for our nation to win the 5G race,” Clyburn said.