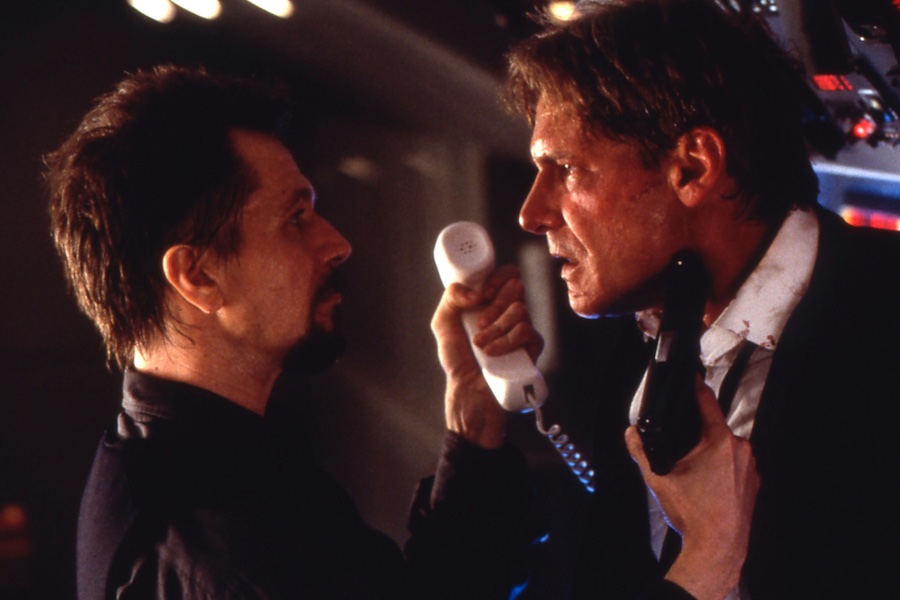 The action classics Air Force One and The Mask of Zorro will be released on 4K Ultra HD Steelbook March 7 from Sony Pictures Home Entertainment. 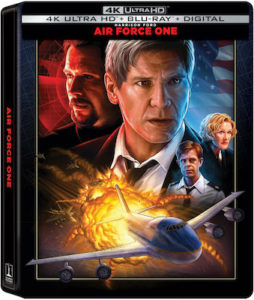 Harrison Ford and Gary Oldman star in director Wolfgang Petersen’s (Das Boot, In the Line of Fire) thriller Air Force One (1997), about a steadfast U.S. President who has just told the world he will not negotiate with terrorists. When Russian neo-nationalists hijack Air Force One, the President is faced with a nearly impossible decision — give in to terrorist demands or sacrifice not only the country’s dignity, but the lives of his wife and daughter. Special features on the 4K disc include the theatrical trailer. Special features on the Blu-ray disc include commentary with Petersen. 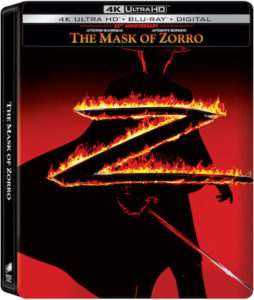 The Mask of Zorro (1998) is celebrating its 25th anniversary. In the film, when a power-crazed despot schemes to buy California from Mexico, it takes two Zorros — the legendary Don Diego de la Vega (Anthony Hopkins) and his chosen successor Alejandro Murrieta (Antonio Banderas), a dashing bandit-turned-hero — to battle the tyrant’s unscrupulous plans. Can even their combined skills, bravado and derring-do be enough to achieve de la Vega’s ultimate goal: revenge against the man who killed his wife, kidnapped his daughter and held him prisoner for 20 years? Special features on the 4K disc include 10 deleted scenes and theatrical trailers. Special features on the Blu-ray disc include commentary with director Martin Campbell; the “Unmasking Zorro” documentary; two additional deleted scenes; and a music video by Marc Anthony and Tina Arena.