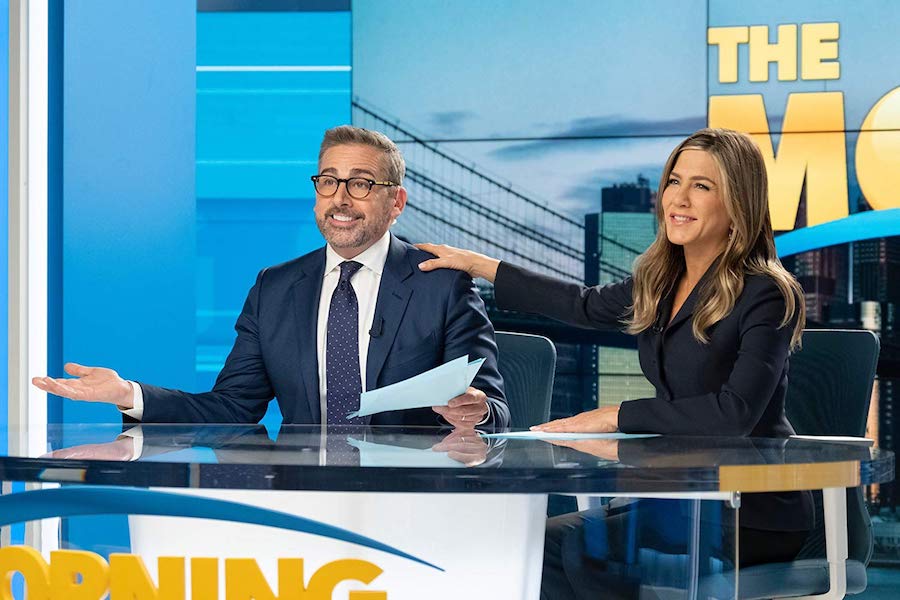 Leading up to the highly anticipated debut of Apple TV+ Nov. 1, research firms are tracking high awareness for the SVOD service and original shows.

Parrot Analytics is tracking pre-release demand for the new streamer’s original series, including “See,” “For All Mankind,” “Dickinson” and “The Morning Show.” According to pre-release demand data captured leading Oct. 21-27, the company found that the upcoming Apple TV+ shows are well ahead of the audience demand average across all TV shows in the United States over the same time period.

Parrot also compared the pre-release U.S. and global demand for Apple TV+’s four top series to that of other hit streaming shows. For example, U.S. pre-release demand for the Apple TV+ series tracked well ahead of that of Hulu’s first season of “The Handmaid’s Tale” in the week leading up to their respective premieres. In its analysis, the company compared the average U.S. demand over the period Oct. 21-27, 2019, for the Apple TV+ series to “The Handmaid’s Tale” season one demand over its seven-day pre-premiere period April 17-23, 2017.

“Based on the demand that we are seeing, Apple TV+ promotion of the series in the U.S. has put them in a position to succeed domestically,” said Courtney Williams, head of partnerships, Parrot Analytics, in a statement. “However, they have to rapidly accelerate their international marketing if they hope to be a key player in the global streaming wars. The advantage of active and ongoing hardware penetration will be key domestically and should provide the necessary foundation to drive demand globally.”

Meanwhile, another study from Ampere Analysis found more than one in three (38%) U.S. respondents said they were aware of the Apple TV+ product, already higher than some peer group services — such as HBO Max — at 30%. Awareness among Apple device owners was 51% versus 25% for non-Apple device owners, and skewed towards a younger demographic. While younger Apple owners said they were the most likely to subscribe, their lack of interest in Apple TV+ original content presents a potential barrier to sign-ups, according to Ampere.

“The core target group for Apple TV+, in the short term at least, will be existing device owners aged 18-34,” said Minal Modha, consumer research lead at Ampere, in a statement. “Given the popularity of Apple devices in households, there’s already a large potential customer pool in the U.S. To sustain subscriber growth for TV+ in the longer term, Apple will want to move beyond its own device universe, and ensure it appeals to those outside its brand ecosystem.”

Apple’s decision to include the TV+ service with new device purchases appeals particularly to the younger consumer. Ampere found that 21% of Apple device owners are likely or highly likely to subscribe (compared to 13% of non-Apple owners). This rose to 29% of the 18-24 age group, and dropped to 14% of those 55-64, and 9% of those over 65.

Indicating a potential boost to Apple’s hardware business, 9% of respondents said they would buy a new Apple device to get a year’s free access to Apple TV+ and a further 9% said it would encourage them to replace their existing Apple device sooner. Ampere estimates that there are 81 million Apple device-owning households and if 10% were to replace their device six months earlier than planned because of TV+, it would generate an additional $400 million in net device margin for Apple. The same analysis for non-Apple customers suggests potential net device margin of nearly $120 million. Even under conservative device purchase and replacement assumptions, Apple will be able to offset significant sums of its U.S. content expenditure, according to Ampere.

The survey found that “The Morning Show,” a comedy drama series starring Jennifer Aniston, Reese Witherspoon and Steve Carell, would appeal to 35% of Apple customers (versus 25% of non-Apple device owners). “See,” a futuristic sci-fi drama starring Jason Mamoa, has a similar and strong appeal.

The survey highlighted lack of interest in Apple TV+ content as the biggest barrier to subscribing, alongside households saying that they already have enough SVOD services to keep them happy. Apple’s competitive price point of $4.99 was not a seen as a barrier.

“Apple has a different business model from the other new platform launches in that it is able to use Apple TV+ to incentivise and accelerate device replacement — and therefore generate larger cash flow through those sales to fund content spend,” Modha said in a statement. “While the research found that the main barrier to uptake of the service is a lack of interest in the content on offer, this is mainly due to Apple being new to the original content space and consumers not knowing what to expect. As Apple TV+ begins to roll, we expect this barrier will be overcome.”