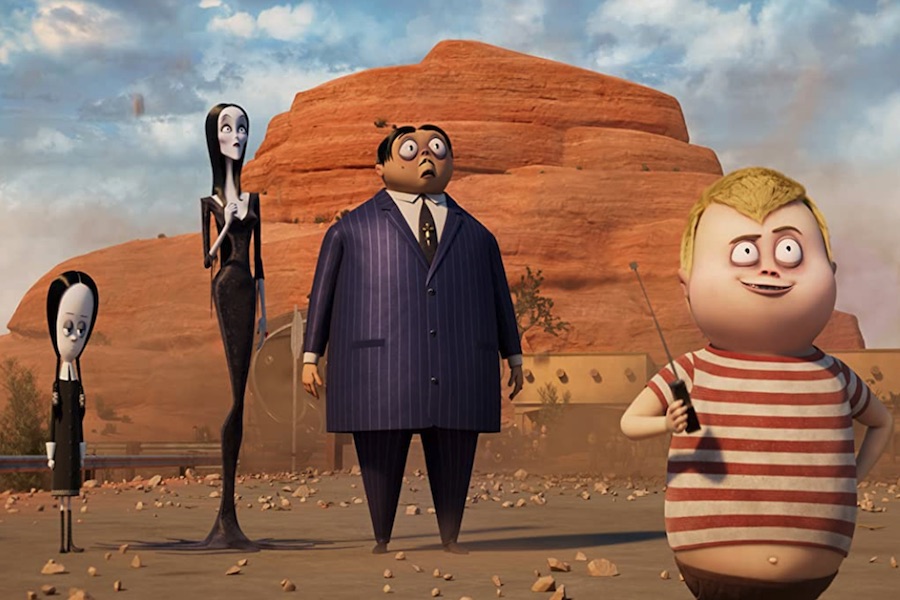 In the MGM animated sequel featuring the voices of Charlize Theron and Oscar Isaac, Morticia and Gomez are distraught that their children are growing up. Addams Family 2 debuted for premium digital rental Oct. 1.

Taking the No. 2 spot on the chart was James Gunn’s The Suicide Squad, newly available for digital purchase. The superhero movie is based on the DC Comics team of villains extorted into performing dangerous missions for the U.S. government.

The bronze went to previous chart topper Free Guy. The film, which is available for digital purchase and rental, stars Ryan Reynolds as a bank teller who discovers he is actually a background player in an open-world video game and decides to become the hero of his own story.

Remaining at No. 4 on the chart was Universal’s Old, M. Night Shyamalan’s latest mystery. The film about beachgoers who age prematurely is available for digital purchase and rental.