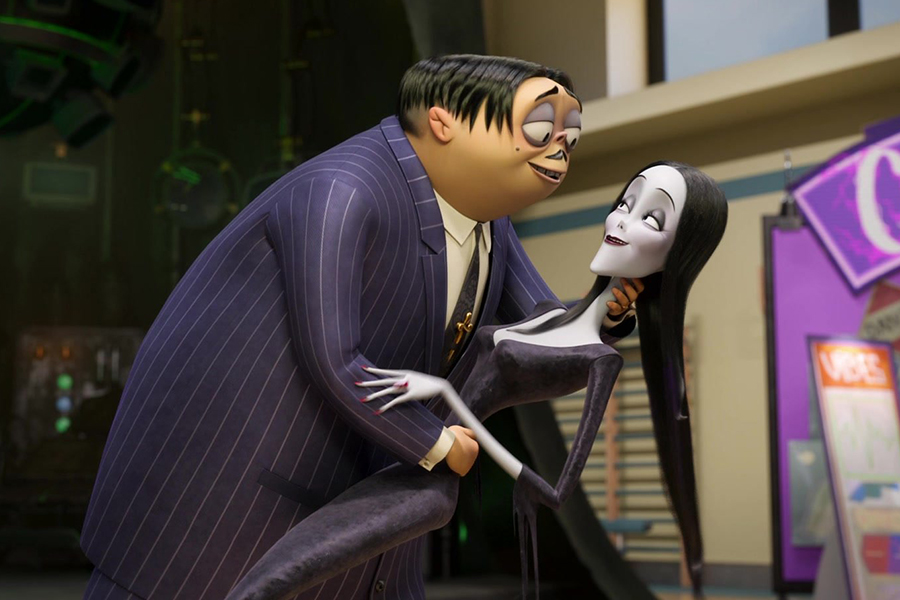 The week of Jan. 18 sees The Addams Family 2 and Last Night in Soho make their way to Blu-ray and DVD, while Resident Evil: Welcome to Raccoon City becomes available for home viewing via digital channels. 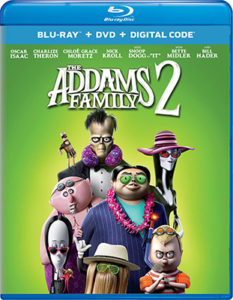 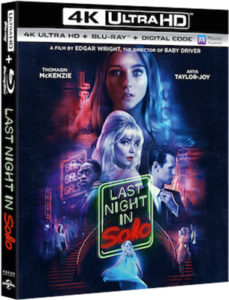 The psychological thriller Last Night in Soho arrives on 4K Ultra HD, Blu-ray and DVD Jan. 18 from Universal Pictures Home Entertainment. Directed by Edgar Wright (Baby Driver, Shaun of the Dead, The World’s End), the film follows Eloise (Thomasin McKenzie, Jojo Rabbit, Old), an aspiring fashion designer who is mysteriously able to enter the 1960s. There, she encounters dazzling wannabe singer Sandie (Anya Taylor-Joy, Emma, “The Queen’s Gambit”). But the glamour is not all it appears to be, and the dreams of the past start to crack and splinter into something dark. 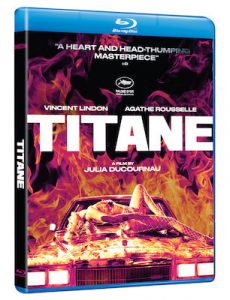 The Cannes Film Festival award winner Titane debuts on Blu-ray Jan. 18 from Distribution Solutions, a division of Alliance Entertainment, along with Neon and Decal. From director Julia Ducournau (Raw), the erotic French thriller follows car model Alexia, who has a titanium plate surgically fused to her skull following a car crash as a child. She embarks on a wild and ultimately unpredictable journey that questions assumptions about family, identity and love. The film won the Palme d’Or at the 2021 Cannes Film Festival and stars Vincent Lindon (The Measure of a Man, My Cousin, Another World), Agathe Rousselle (Loving, 5 Vagues de L’avenir) and Garance Marillier (Raw, Warning, Ad Vitam).

The Korean film Escape From Mogadishu will be available on Blu-ray and DVD Jan. 18 from Well Go USA Entertainment. Based on a true story, the film takes place as civil war rages in Mogadishu, Somalia. Rival North and South Korean diplomats are left trapped. With no aid from either government, their only shot at survival may require uniting with bitter adversaries to escape. The film won six awards (out of 10 nominations) at the 30th Buil Film Awards, including Best Film and Best Screenplay (Ryoo Seung-wan, Ki-cheol Lee). The film received the most nominations of any film this year. In addition, the Korean Association of Film Critics Awards named Ryoo Seung-wan Best Director, plus awarded the film trophies for Best Supporting Actor (Huh Joon-ho), Best Cinematography (Choi Young-hwan) and Best Music (Bang Jun-seok).

Paramount Home Entertainment Jan. 18 releases the DVD of Hide and Seek, a thriller starring Jonathan Rhys Meyers. Directed by Joel David Moore, who also wrote the screenplay, Hide and Seek also stars Jacinda Barrett, Sue Jean Kim, Mustafa Shakir and Joe Pantoliano. The ‘R’-rated film stars Meyers as Noah, who after the death of his wealthy father seeks his outcast brother to make amends and share the family fortune. But the family harbors a dark secret and a series of cryptic clues will lead Noah on a terrifying trail to the truth that threatens to tear him apart from the ones he loves the most.

The Western The Last Son arrives on DVD Jan. 18 from Decal and Distribution Solutions. In The Last Son, a murderous outlaw learns he is cursed by a terrible prophecy: that he will be killed by one of his children. The film stars Sam Worthington, Machine Gun Kelly and Thomas Jane.

The sci-fi horror film Resident Evil: Welcome to Raccoon City will be released for digital purchase Jan. 18 by Sony Pictures Home Entertainment. In the film, Raccoon City, which was once a booming home of pharmaceutical giant Umbrella Corporation, is now a dying Midwestern town. The company’s exodus left the city a wasteland — with great evil brewing below the surface. When that evil is unleashed, a group of survivors must work together to uncover the truth behind Umbrella and make it through the night. It arrives on 4K Ultra HD, Blu-ray and DVD Feb. 8.

Premiere Digital and Windfall Films Jan. 18 launch of The Wall — Climb for Gold, a feature-length documentary that follows four elite female climbers on their quest to make the Tokyo Olympics. The 90-minute film will be available globally for digital rental and purchase through Apple TV, Google Play and Amazon Prime Video, depending on a viewer’s country. The Wall — Climb for Gold follows the four climbers over a two-year period as they battle to make it through the qualifying events to get to Tokyo for the first-ever Olympic climbing competition. Their original plans fall apart as the COVID-19 pandemic results in the Olympics being postponed for a year. The four climbers profiled in the documentary are Brooke Raboutou (USA), Janja Garnbret (Slovenia), Miho Nonaka (Japan), and Shauna Coxsey MBE (Great Britain). 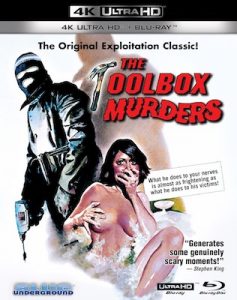 Blue Underground and MVD Entertainment Group Jan. 18 release The Toolbox Murders, Dennis Donnelly’s notorious 1978 exploitation classic, on 4K Ultra HD with a new Blu-ray combo that has been scanned in 4K 16-bit from the uncut original negative. In the horror film, a violent string of murders terrorizes a small apartment complex in Los Angeles. The culprit is a mysterious masked man determined to use every tool at his disposal to make “immoral” women pay. Rooted in the Italian giallo, The Toolbox Murders quickly earned a reputation for its brutal violence and was labeled a “Video Nasty” in the United Kingdom. Despite this failed attempt at censorship, The Toolbox Murders has developed a devoted cult following in the decades following its release. The Toolbox Murders stars Pamelyn Ferdin, genre favorite Cameron Mitchell, “Land of the Lost” star Wesley Eure, Aneta Corsaut and adult film star Kelly Nichols.

The horror releases Last of the Grads and the comedy The Contrast are being released into the home entertainment market by Mill Creek Entertainment Jan. 18.