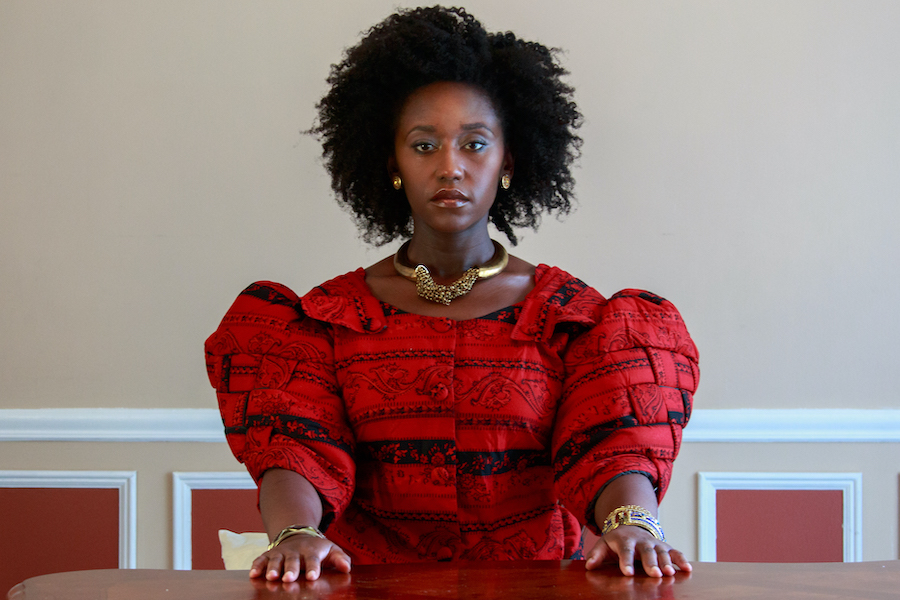 Nana Mensah in Queen of Glory

First-time director Nana Mensah, who also wrote and played the lead role in Queen of Glory, tapped into her roots as the daughter of African immigrants for her first project. 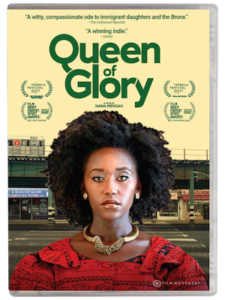 Queen of Glory — which is available on DVD and digital Nov. 15 from Film Movement — is the story of Sarah Obeng, the brilliant child of Ghanaian immigrants, who is quitting her Ivy League Ph.D. program to follow her married lover to Ohio. When her mother dies suddenly, she bequeaths her daughter a Christian bookstore in the Pelham Parkway section of the Bronx where Sarah was raised.

“I thought the world needed this story because I simply hadn’t seen it anywhere,” says Mensah, who is known for roles in “13 Reasons Why,” “An African City,” “Bonding,” “New Amsterdam” and “The Chair.” “West African stories don’t quite fit in the boxes Western audiences want to fit them into. In Asante culture — my parents’ culture and that of Sarah’s parents, depicted in Queen of Glory — great joy and celebration can exist right alongside pain and loss. Asante stories show life as a symbiosis of drama and comedy, each stepping in when the other swells too wildly, needing to be checked.”

At first Mensah says she had big ambitions for writing her directorial debut.

“I wrote a big, big script: a sweeping historical biopic that would require big, big money,” she says. “After knocking on some doors with absolutely no luck, I got some very good advice from one of my mentors, filmmaker Emily Abt, who suggested I shelve this project and craft a new one around things I could get for cheap or free, following in the footsteps of folks like Barry Jenkins, Issa Rae, Ed Burns and Lena Dunham. My aunt and uncle owned a Christian bookstore in the Bronx, so I started there.”

During the film, tasked with planning a culturally respectful funeral befitting the family matriarch, Sarah must juggle the expectations of her loving yet demanding family while navigating the reappearance of her estranged father all while grappling with what to do with the bookstore. The bookstore acts as a stand-in for Sarah’s mother in the story, as she also tries to come to grips with their relationship, Mensah says.

“The journey we’re on with her is one that begins in ignorance then moves toward understanding then finally love,” she says. “Often, we don’t get to have those realizations in time to share them with our loved ones while they’re still alive, which is, of course, life’s great sleight of hand.”

Playing three roles (actor, writer, director) in Queen of Glory was “stressful,” she says, but she leaned on the producers and preparation to complete the project.

“I leaned heavily on my team: lead producer Jamund Washington, as well as producers Kelley Robins Hicks and Baff Akoto,” she says. “Honestly, it was preparation, preparation, preparation. We stuck pretty closely to my shot list. We’d discuss the shot, and the team set it up while I was in hair and makeup. Then we’d rehearse and tweak. Once it came to shooting, Jamund could be on monitor for me while I was acting in the scene and let me know if we would need to go again for technical reasons or if he thought we got the shot. That was the only way we could use our limited time and resources effectively.”

In the end, Mensah says, “I simply aspire to tell a good story, well-executed, that people enjoy.”

Bonus features on the DVD include director and producers audio commentary; deleted scenes; and the bonus short film Da Yie, directed by Anthony Nti, in which a stranger takes young Matilda and Prince on a dangerous and eye-opening trip across the coast of Ghana.