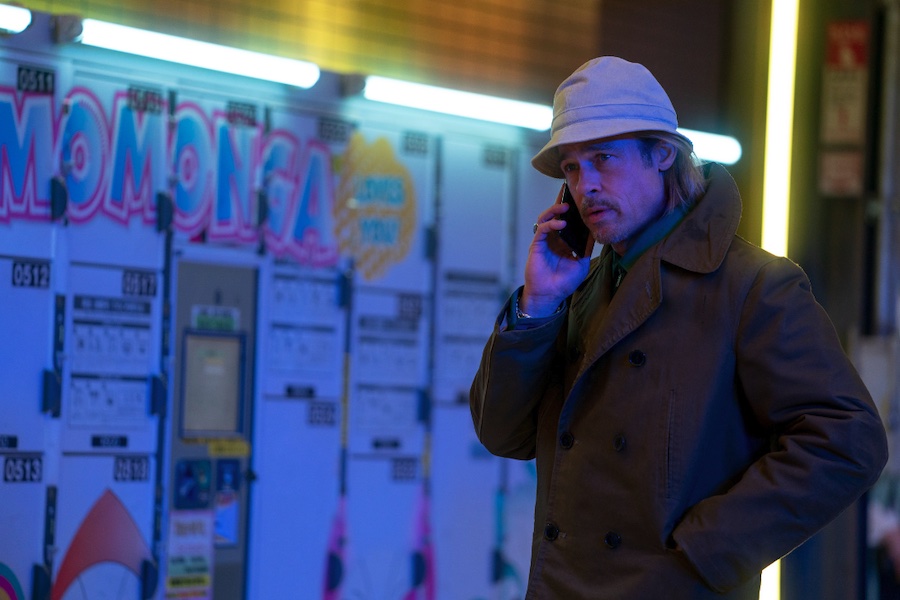 Available for digital purchase and newly available to rent, Bullet Train stars Brad Pitt as Ladybug, an unlucky assassin determined to do his job peacefully after one too many gigs gone off the rails. Fate, however, may have other plans, as Ladybug’s latest mission puts him on a collision course with lethal adversaries from around the globe on the world’s fastest train.

Debuting at No. 2 on the chart was the Universal Pictures romantic comedy Bros, available for premium digital rental and purchase. It follows two men with commitment problems who attempt a relationship.

Rising from No. 4 to No. 3 on the chart was Top Gun: Maverick, available for digital purchase and rental. The sequel features Tom Cruise reprising his role as daring pilot Maverick, who is assigned to teach a group of Top Guns how to complete a difficult mission.

Falling from No. 2 to No. 4 on the chart was director Kevin Smith’s Clerks III, available for digital purchase. In the Lionsgate film, following a heart attack, Randal enlists his friends and fellow clerks Dante, Elias, Jay and Silent Bob to make a movie immortalizing his life at the convenience store that started it all.

Falling from No. 3 to No. 5 on the chart was Screen Media’s horror series reboot Jeepers Creepers: Reborn, available for digital purchase and rental. In the film, Chase and his girlfriend Laine attend the Horror Hound festival, held for the first time in Louisiana. Laine begins to experience unexplained premonitions and disturbing visions associated with the town’s past and the Creeper.

Also new to the chart for the week was the Sony Pictures thriller The Invitation: Unrated Edition, newly available for digital sale. In the film, invited by her newly discovered family to a lavish wedding in the English countryside, a woman is at first seduced by the sexy aristocrat host, but is soon thrust into a nightmare of survival as she uncovers twisted secrets in her family’s history and the unsettling intentions behind their sinful generosity.