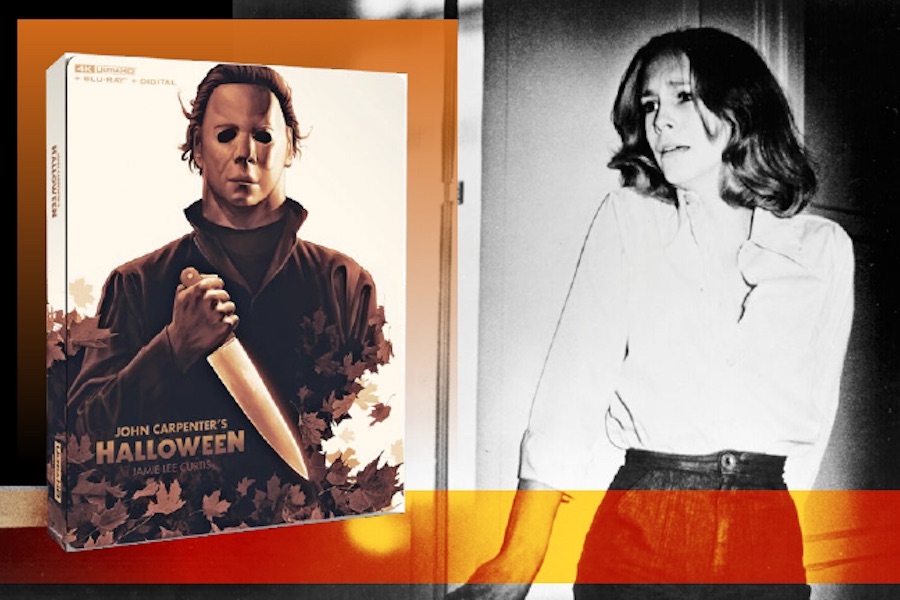 Home entertainment disc collectors have long prized Steelbook packaging as a superior artwork showcase for films in their libraries.

The husband-wife duo of Justin Erickson and Paige Reynolds, the artists behind the Toronto-based company (appropriately formed on Friday the 13th in 2010), have worked on a variety of Steelbooks for Lionsgate, including the “Twilight” series. For the creative team, each piece of box art is informed by input from studio marketers, research and knowledge of the fan base.

“The process always starts with a conversation with the studio marketing team, since projects like these are a collaborative effort. They’re a part of the process from pitch to completion,” Erickson said. “After we talk over the creative brief, I do as much research into the property as I can. In the end not only does the client need to be happy, but the people who would like the movie need to like it. It would be a disservice to the movie if a failed piece of artwork stops it from getting the audience that it deserves. We try to put ourselves in the mind frame of a fan of the property — and go from there.”

Creating box art is also an exercise in getting the title noticed and communicating a vision for the shopper/collector.

“For me what good box art boils down to is what portrays the movie in a clear, concise and fun way,” Erickson said. “Like good theatrical key art, the box cover needs to communicate what the movie or TV show is all about in the quickest time possible to grab attention. The fun challenge is to create something that a movie lover would love to have in their collection.”

For a classic such as Halloween, Erickson — a fan of the film him-self — wanted to come up with a concept that would be something special.

“Putting ourselves in the right mind frame for a Halloween fan wasn’t very difficult, since I’m a huge fan of the movie,” Erickson said. “In the conceptual stage, we explored different ways of portraying Michael Myers and different printing methods that could be fun. With so many different editions and releases of Halloween on the market, I wanted this release to stand out and make fans of the movie happy.”

The final artwork features the iconic combatants made famous by Halloween, the murderous Michael Myers and the virtuous Laurie Strode, played by Jamie Lee Curtis. The two belonged on the box, the team decided. 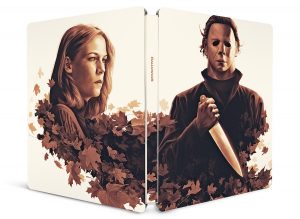 “Halloween IS Michael Myers and Laurie Strode,” Erickson noted. “Myers’ mask is so iconic, and Jamie Lee Curtis gives a fantastic performance where you genuinely care about Laurie Strode and whether she makes it to the end of the movie or not. Right away both the client and myself wanted to feature Jamie Lee Curtis in the artwork. To explore all avenues, there were concepts that didn’t include her, but we always gravitated toward the ones that featured her.”

The design also employs an understated sepia tone, which Erickson noted evokes the mood of the film better than a blood-soaked cover.

“While a red color scheme was explored, the sepia version was my favorite from the beginning,” he said. “Halloween is a slasher — THE slasher film in my opinion — but it’s remarkably bloodless. What makes the movie stand out is the menace of Michael Myers, the atmosphere and tension created by John Carpenter and performance of Jamie Lee Curtis. The fall tones of the sepia color scheme gave us an honest representation of the film. Fans of Halloween would spot a piece of artwork that didn’t match the movie in a heartbeat and avoid it like an apple in a candy sack.”

Leaves flow across the cover, evoking Laurie’s famous fall walk through the neighborhood unaware that a killer is stalking his prey.

“The leaves were a fun way to play with the shape (pun intended) of the composition and include elements that communicate the Halloween season,” Erickson said. “An argument could even be made that the dead leaves are a portent of danger and death.”

“Best Buy stepping up their SB game, and my wallet doesn’t like it,” wrote one fan.

“I NEED THIS,” wrote another. “They really gotta stop making these designs. I’ll get an eviction notice soon.”

Pleasing such fans is the most satisfying part of his job, Erickson said.

“Even if I’m not a fan of the property, hearing the fans of it love the art makes me very happy,” Erickson said. “With projects like this, it’s not about me in the end.”