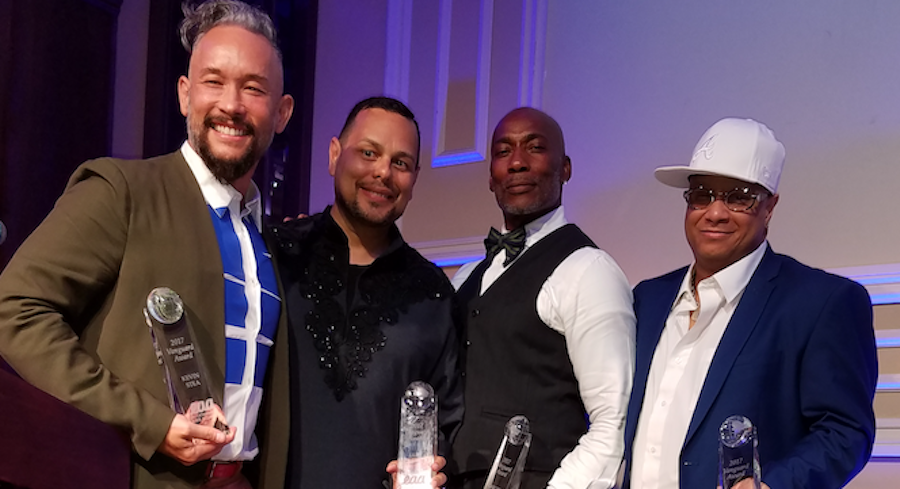 At the June 22, 2017, Wine, Wisdom and Vision event in Hollywood, the Entertainment AIDS Alliance gave Vanguard Awards to the male dancers who worked with Madonna in her 1990 “Blonde Ambition” tour.