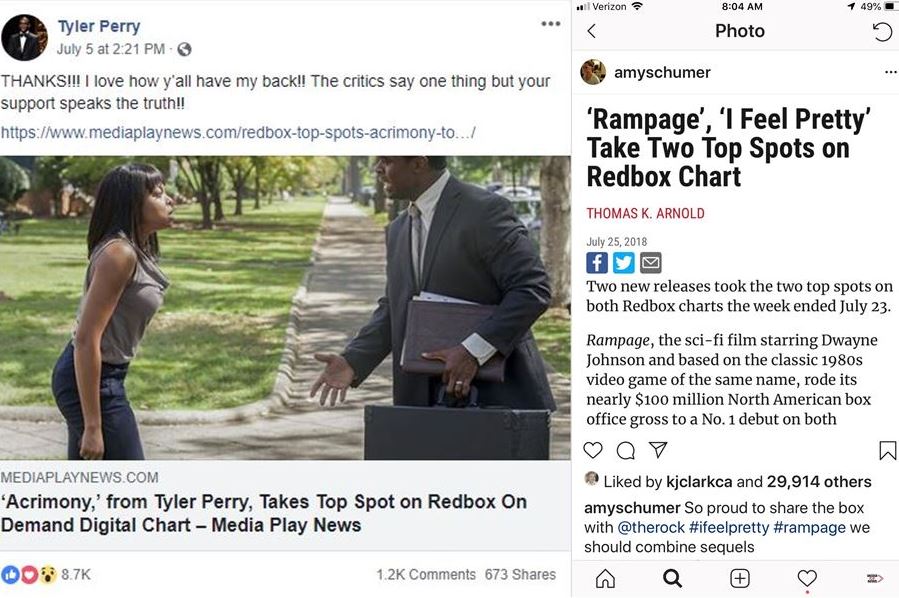 As another year comes to an end, I’d like to say thank you to our readers and our advertisers for making us a part of your professional lives. Media Play News is coming off a very successful first year. We began the year with a new company, name, brand, website, newsletter, and production and art staff.

All that we carried over from our previous property were five staffers and the determination to do everything we did before, only more of it, and better.

We also set out to redefine the concept of home entertainment, broadening the definition to include any filmed content brought into the home, on demand — regardless of whether it was bought or rented on Blu-ray Disc, DVD or digital, or streamed via Netflix, Amazon or Hulu.

We went live with our website and daily newsletter on Jan. 2, 2018, and our first monthly magazine was available in print and digital editions on Jan. 29. The website was built from the ground up using a responsive web design. Largely because of this, on Feb. 3 MediaPlayNews.com was OK’d for pickup by Google News. The print magazine, too, was improved, with a heavier paper stock and a higher gloss finish. And our daily newsletter, which used to include three to five stories daily, typically has as many as nine or 10, or even more.

That first month, we had 17,105 unique visitors, about half what Home Media Magazine had in its peak. By April, that number had grown to 62,257, with more than half visiting our site on their phones or other mobile devices. Our peak of 266,061 was in July, when Comic-Con hit.

Social media outreach has certainly helped us increase our readership. From the time we launched Media Play News, we have made it a point to write stories about as many product releases as we can, and then push out these stories on Facebook and on Twitter. On Twitter, we use appropriate hashtags as well as @twittername of key cast members and other creatives as well as fan groups. Since Oct. 1, we also have employed the same approach with Instagram.

We employ the same social media strategy with our various “chart” stories, and we’re starting to get quite a bit of attention from stars and other creatives — including Tyler Perry, who posted a link to one of our stories about the weekly Redbox charts to his Facebook page. That brought us over 119,000 unique visitors in a matter of hours.

In 2019, we plan on doubling down on efforts in the digital space. We intend to enhance our Facebook, Twitter and Instagram efforts and start issuing Instagram stories as well as venture into Snapchat. We also plan on allocating more money toward paid promotions.

We also would like to launch a vibrant and compelling YouTube channel, bringing on talent to film a weekly “new on disc and digital” episode each week, ideally with snippets of trailers and conversations about the biggest or most notable product releases. We would like to do the same with our three chart stories.

We also intend to host trailers on our site and each week will issue “editor’s picks” highlighting the top new releases.

Home entertainment remains a truly remarkable business, and we’re proud to be a part of it.

2 thoughts on “A Message to Our Readers”