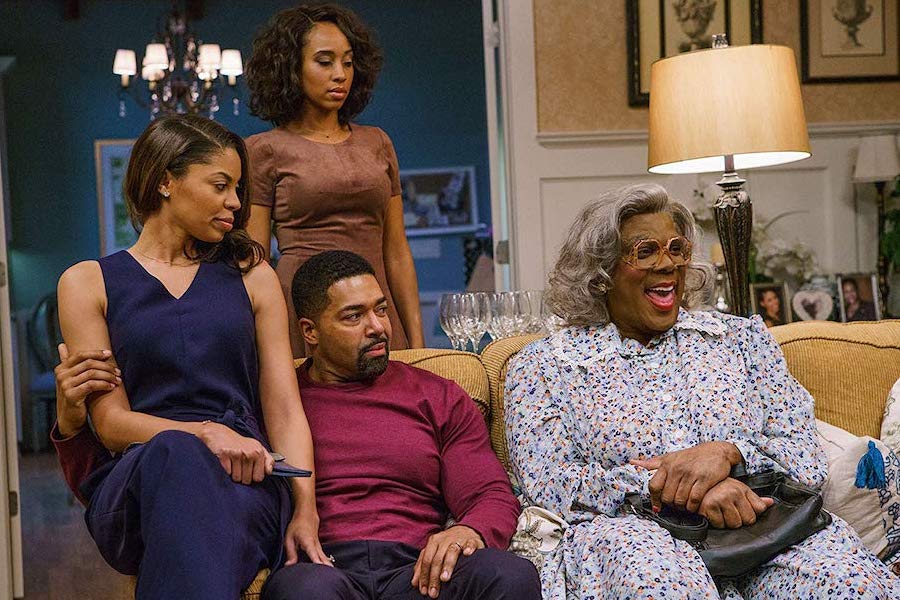 Tyler Perry’s A Madea Family Funeral debuted at the top of both the Redbox disc rental and digital charts for the week ended June 9.

The Lionsgate comedy, featuring Perry’s final turn in the title role of Madea, took the No. 1 spot on the Redbox kiosk chart, which tracks DVD and Blu-ray Disc rentals at the company’s more than 40,000 red vending machines, as well as the Redbox On Demand chart, which tracks digital transactions, including both electronic sellthrough and streaming rentals. In the film, which made $73.3 million at the box office, Madea travels to a family celebration only to see it turn into a funeral revealing uncomfortable secrets.

Universal’s The Upside fell one spot to No. 2 on both charts after two weeks at No. 1. The comedy, starring Bryan Cranston and Kevin Hart, follows an out-of-work ex-con and a wealthy quadriplegic who unexpectedly come together and help each other. It made $108.3 million at the box office.

The only other new release to land on the disc chart (No. 7) was Lionsgate’s The Kid, about a boy who witnesses the famous confrontation between Sheriff Pat Garrett and Billy the Kid. The Western, directed by Vincent D’Onofrio, earned just $1.5 million at the box office, but features such stars as Chris Pratt and Ethan Hawke. It came in at No. 4 on the digital chart.