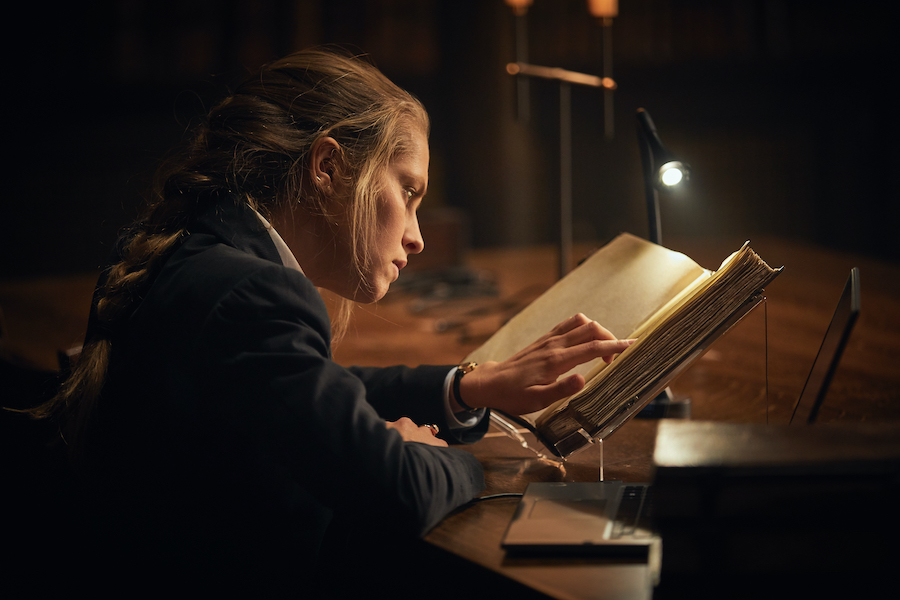 "A Discovery of Witches"

The complete trilogy of the fantasy/sci-fi drama series “A Discovery of Witches” will be released on DVD and Blu-ray Disc Nov. 15 from RLJE Films.

The series originally aired on the AMC streaming platforms Sundance Now and Shudder and aired linearly on the AMC Network from 2018 to 2022.

A Discovery of Witches The Complete Trilogy will include all 25 episodes, more than 80 minutes of bonus features on six discs, and a collectible bookmark. 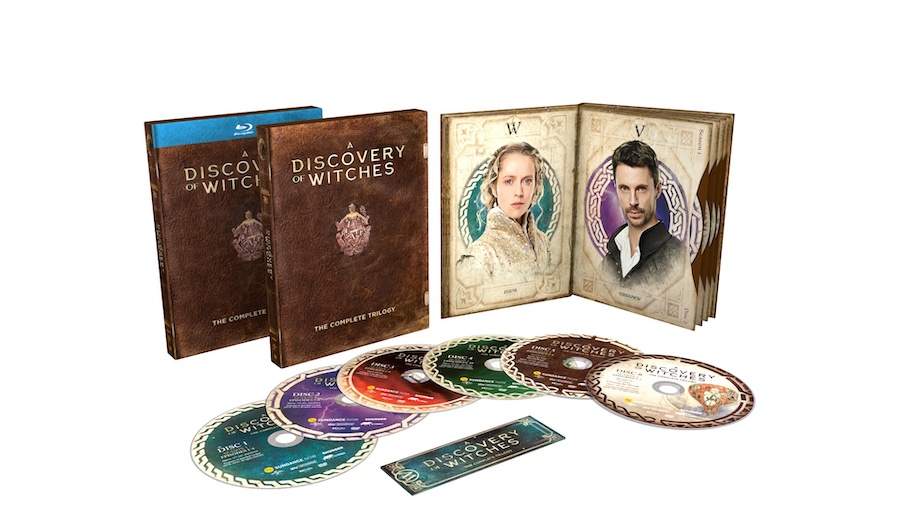 The romantic thriller uncovers a secret underworld of vampires, witches and demons hiding in plain sight for fear of persecution by humans. Brilliant historian Diana Bishop is a witch denying her own heritage, but when she unexpectedly calls up an ancient, bewitched manuscript, Ashmole 782, she finds herself thrown into the heart of a dangerous mystery — and into the path of the enigmatic geneticist and vampire Matthew Clairmont. Across three seasons, Diana and Matthewʼs love for each other and their quest to solve the mystery of the book throws their world into dangerous turmoil.

Bonus features on the DVD and Blu-ray include “About the Characters,” “Mythology, TV Magic, the Story of the Discovery of Witches,” “Can Love Survive,” “Creating Elizabethan London,” “Story So Far,” “Blood Rage,” “Set Tour” and “Creating the Worlds.”