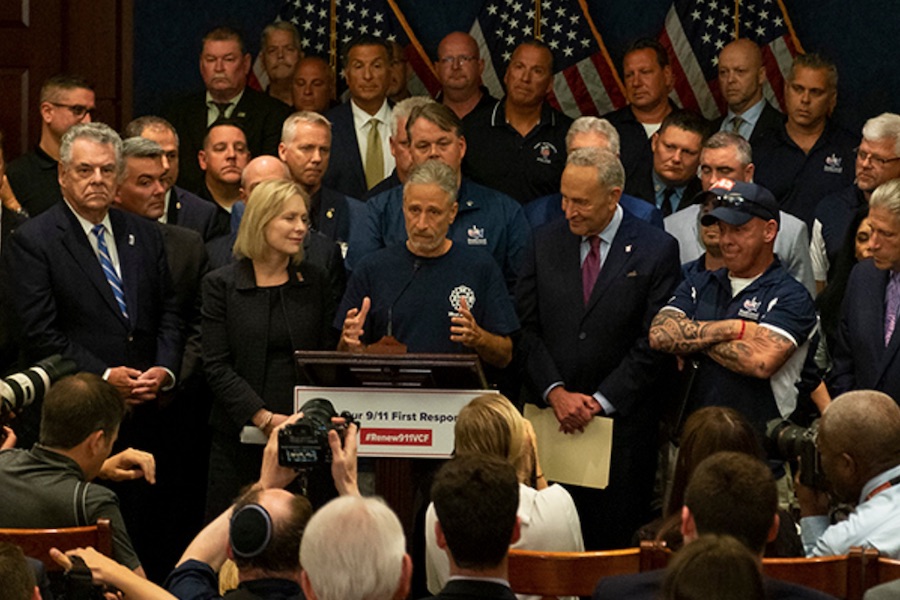 No Responders Left Behind

The 9/11 documentary No Responders Left Behind will debut on Discovery+ Sept. 9.

It follows the work of the men and women, including first responder and 9/11 social activist John Feal, FDNY hero Ray Pfeifer, and 22-time Primetime Emmy award-winner and former host of “The Daily Show” Jon Stewart, in their fight to get health benefits and compensation for 9/11 first responders.

Shot over five years, the documentary reveals the unwavering fight by members of The FealGood Foundation and their leader John Feal, who mobilizes the campaign in the fight for healthcare and benefits for the thousands of responders who are suffering with life-threatening and financially devastating illnesses from toxins released at Ground Zero after 9/11.